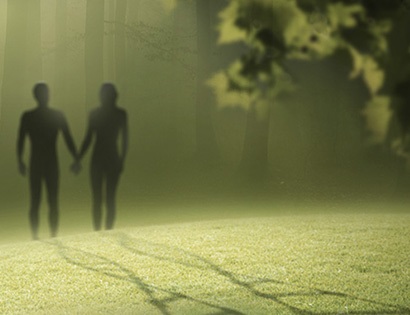 In a newly-released documentary entitled The Genetics of Adam & Eve doctor of molecular genetics Georgia Purdom argues that up-to-date findings in the field of genetics confirm the Biblical teaching that all human beings can trace their ancestry to one original couple created by God. Published in numerous scientific journals such as the Journal of Neuroscience and the Journal of Bone and Mineral Research, Purdom now works as a researcher and speaker for the well-known Christians apologetics group Answers in Genesis (AiG).

Purdom’s work is inspired by her belief that the historical existence of Adam and Eve is essential to a proper understanding of the Gospel of Jesus Christ, the Christian News Network reports. Whereas those who believe in evolution “argue that the science of genetics proves we cannot be descended from only two people,” and that the historicity of Adam and Eve is irrelevant to their faith, Purdom conversely believes that “An historical Adam and Eve and original sin are the foundation of the gospel” as the curse of sin and death and thus our need for salvation from them begins in Genesis 3 with Adam and Eve.

For Dr. Purdom the main point is not scientific but is rather a matter of faith: “We need the good news, grace and life, which is found in the death and resurrection of Jesus Christ,” she said. “Jesus is the solution to the problem of evil that began in Genesis 3. Paul made this connection very clear in Romans 5 and 1 Corinthians 15.” 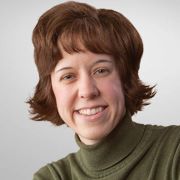 Dr. Georgia Purdom
In the documentary Purdom points to research on mitochondrial DNA, particularly that conducted by geneticist Dr. Nathaniel Jeanson, which she argues conclusively demonstrates that the human race’s female ancestor lived but a few thousand years ago, in harmony with the Biblical timeline. She also argues that, in contradiction to the prevailing scientific narrative, human and chimp DNA is in reailty too divergent to indicate a common ancestor living a few million years ago.

Purdom hopes her work can equip Christians with the scientific information necessary to support the reliability of the historical data of the Bible. “Christians should be aware of the scientific proof for creation because Genesis is the most hotly debated book among evangelical Christians,” she asserted. “We need to show people that science supports and confirms the history presented in Genesis.”

In the Orthodox Church Adam and Eve are counted among the saints and commemorated on the Sunday of the Holy Forefathers, falling between December 11th and 17th. The Synaxarion entry for this Sunday reads:

Commemoration of Adam and Eve, the first-formed.

I hymn the death of the authors of our living race:

Responsible that I both live and die. A Word from the Patriarch
The Third Week of Great Lent

A Word from the Patriarch
The Third Week of Great Lent
His Holiness Patriarch Kirill
The ascetic labor of self-restriction, the ability to choose the difficult path is the thing we cannot avoid on the path to success. Ethiopian Genetics Could Verify ‘Queen of Sheba’ Legend
UK researchers studying the genomes of Ethiopian people have discovered similarities to those of populations in Israel and Syria, proving genetic evidence that may support the tale of the legendary Queen of Sheba. Interview with Fr. Damascene (Christensen), from the Monastery of St. Herman of Alaska in Platina, California
Hieromonk Damascene (Christensen), Nun Kornilia (Rees)
On Wednesday, the fourth day of the annual Nativity readings began the conference section dedicated to the «Orthodox understanding of creation of the world». One of the speakers was an Orthodox hieromonk, Fr. Damascene (Christensen), an American from the Monastery of St. Herman of Alaska in Platina, California, which belongs to the Serbian Orthodox Diocese of Western America. This monastery is well known in Russia as the home of Fr. Seraphim Rose, its founder, and Fr. Damascene is a member of the Brotherhood from the time of Fr. Seraphim’s repose. He is the author Fr. Seraphim’s biography (due to appear in a new Russian version this year under the title Father Seraphim Rose: His Life and Works), and is something of an expert on Fr. Seraphim’s Life and writings in general.
Comments
×