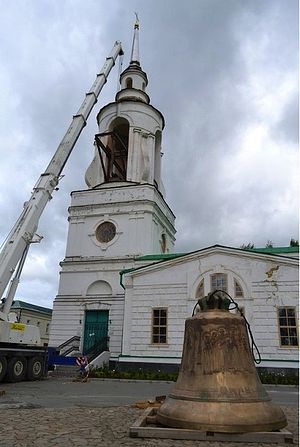 The installation of the bell has been heralded as an historic event, after overcoming numerous obstacles. The bell was delivered to the monastery back in January, however, it’s enormous size was too large to fit into the bell tower passage. As the cathedral is designated an architectural monument, any alterations to the structure had to wait for government approvals and permits to increase the size of the passage. Finally, on August 4th, the bell was hoisted by a giant crane and mounted on the central beam of the bell tower.

The creation of the main bell for the Verkhotursky Monastery was adopted six years ago, a joint decision of the church and regional authorities. The Tsar Nicholas II Bell was produced by the Ural factory Pyatkova in the city of Kamensk. The total cost of the Tsar Nicholas II Bell was nearly 13 million rubles. Nearly half of the money collected - about 6 million rubles - plus the copper and tin was provided by the Ural Mining and Metallurgical Company (UMMC). 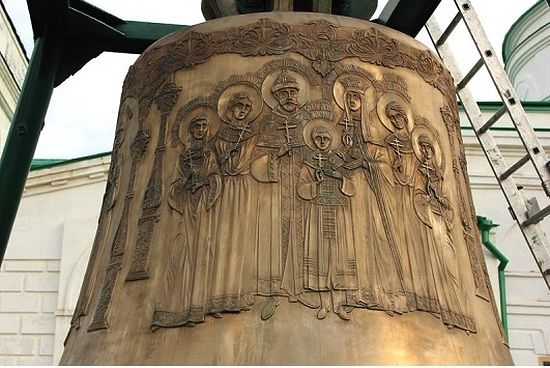 The Tsar Nicholas II bell bears the image of the Holy Royal Martyrs.

According to Archdeacon Dmitry Bazhanov, “with the main bell now in place, work can proceed on the installation of another 12 bells”, at the St. Nicholas Monastery in Verkhoturye. The remaining 12 bells, each weighing from 6 kg to 1140 kg, will be installed over the next 4 to 6 weeks. Once installed and the intricate ringing system arranged, the Verkhotursky bell tower will be one of the best in the Yekaterinburg diocese, and one of the finest bell towers of the Russian Orthodox Church. 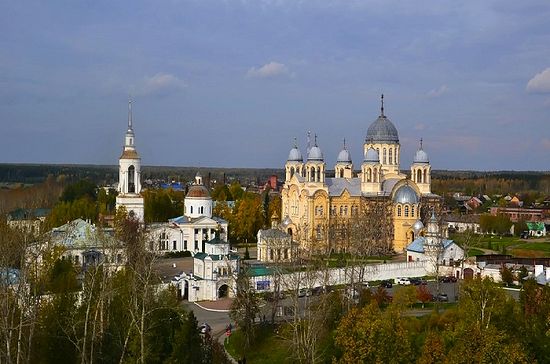 The House of Romanov invited to return to Russia
Deputies believe that in a crisis the return of the Imperial dynasty will become a symbol of revival of spiritual power of the country. Fifty Thousand Participate in Procession To Commemorate the Royal Martyrs
A cross procession from the site where the last Russian emperor's family was murdered to the place where their bodies were destroyed took place in the Sverdlovsk Region on the night of July 17.
Comments
×