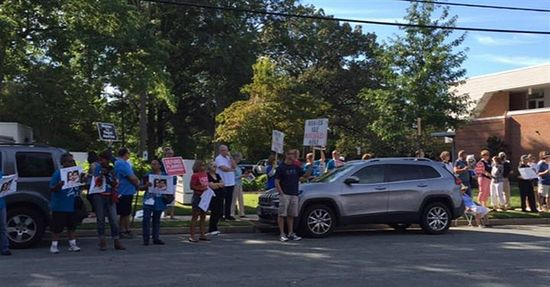 Thousands gathered on the lawn of South Carolina’s statehouse last Saturday for a rally for traditional values.

Those present at the rally supported defunding Planned Parenthood and repealing the the ruling that made same-sex marriage legal in all 50 states, according the The Blaze.

“It’s a blessing that there are Christians in this America that are standing up for God,” one woman who attended the rally said.

Senator Ted Cruz said that America is in crisis, but there is a spirit of revival. Former Texas Governor Rick Perry said that he is angry over the state of the nation, Jesus is angry, and he hoped those in the crowd were angry too.

The theme of the rally focused on bringing about change, as David Gibbs of the National Center for Life and Liberty stated. Let your conscience guide you
Fr. Barnabas Powell
Would you buy insurance from the KKK, or cleaning products from ISIS? Probably not — even if they offered the best rates, or gave your floors a miraculous shine. Planned Parenthood Killing Babies Outside the Womb?
'There's prima facie evidence that there may be born-alive abortions going on'