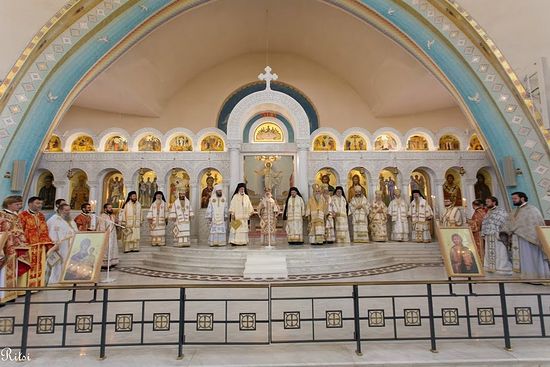 On the occasion of the 20th anniversary of the beginning of the last Balkan war, an international conference is being held in Tirana, Albania to discuss the important theme of peace. This conference is being hosted by the Community of Sant'Egidio in coordination with the Orthodox Autocephalous Church of Albania and the Episcopal Conference of Bishops of Albania.

The conference features participants from over 60 countries around the world and from a multitude of faiths. Together, the participants hope to grapple with the issues impeding peace as well as examining our duty to tirelessly work towards this noble goal of a peaceful and loving coexistence. 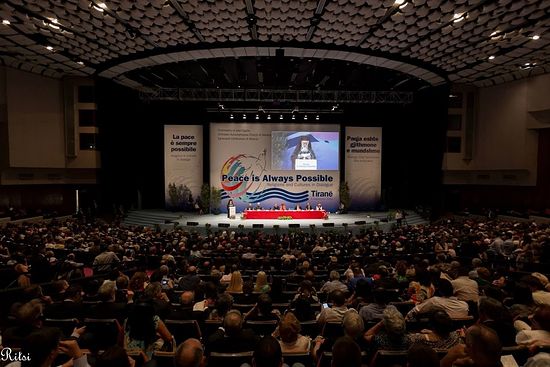 On Sunday evening, the Opening Assembly was held in the Congressional Palace Eleven speeches were given by members of varied religious communities and by government officials. Highlights of the Opening Assembly included speeches by His Beatitude Archbishop Anastasios of Albania, President Filip Vujanovic of Montenegro, Prime Minister Edi Rama of Albania, and a letter from His Holiness Pope Francis. During these speeches, we were reminded that due to violence precipitated in the world, “adding to the formulation of our topic there is a question mark posed at the end: ‘Is peace always possible?’ Within this uncertain reality, the proceedings of this International Meeting for Peace, Religions and Cultures in Dialogue will certainly result in hopeful search, offering creative proposals on the critical issue of peace.” We are reminded that this search is not a task reserved solely for world leaders and politicians, but that “The obligation falls to those of us who believe in God, to investigate and advance an irenic theology and anthropology, drawing from the deep resources of our religious doctrines and the best pages of the history of our religious traditions, by emphasizing each person’s duty to oppose violence and work towards reconciliation and lasting peace on earth.” Peacemaking In a Troubled World
Fr. Ted Bobosh
Peace is to rule in our hearts, even if we have to confront evildoers and those who disturb the peace. We should defend what is good and right without losing the peace that comes from Christ.