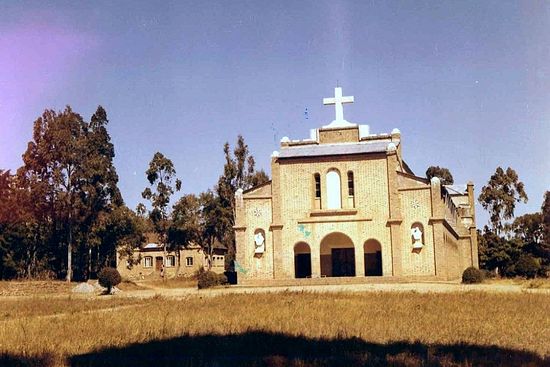 According to pastors who spoke with Morning Star News, three churches in northwest Tanzania were set ablaze last Tuesday causing everything inside them to burn. Fortunately, no one was injured.

"What is worrying us is that the burning of the three churches happened within a span of two hours," Vedasto Athanas, the pastor of Living Water International Church, told Morning Star News. "What is even more worrying is that we have been receiving threats from Muslim extremists that they want churches reduced in this area."

"We have lost everything in our churches — the buildings, the chairs and musical instruments," Athanas added. "Our members have nowhere to worship."

"We do request for prayers at this difficult moment," Athanas continued.

"We are doing an investigation to determine the essence and characters of this event," Olomi said. "It is too soon [to blame] certain people, so we want people to wait [for] an inquiry."

According to PenNews, the attacks against the three churches come at a time when the Pentecostal Church in Tanzania has experienced extreme growth. In the last seven years, the Tanzania Assemblies of God has grown by more than 4,000 congregations.

As Christians make up about 54 percent of the Tanzanian population, Tanzania's 31 percent Muslim population has largely been tolerant of Christian practices until a recent polarization between moderate and radical Muslims, according to Operation World.

Morning Star reports that one point of contention between Tanzanian Christians and Muslim radicals is the act of slaughtering animals, which some Muslims consider forbidden to non-Muslims.

This is not the first time that Tanzanian Christian churches have been burned by extremists. In January, a church building in the Muheza district was also set on fire.

Additionally, a woman who converted to Christianity after marrying her Christian husband was beaten and burned by her Muslim parents late last year in Muheza.

"The violent attacks on churches in Tanzania again remind us of the tragic escalation of persecution of Christians throughout the world," George O. Wood, chairman of the World Assemblies of God Fellowship, said in a statement.

"The body of Christ must unite in even greater faithful and fervent prayer for the thousands of believers who are suffering for our Lord's name." President of Tanzania: “There will be no islamization of our country”

President of Tanzania: “There will be no islamization of our country”
Tanzania will remain a secular state, said the republic’s President Jakaya Kikwete at a meeting with leaders of the religious communities of this East African country.