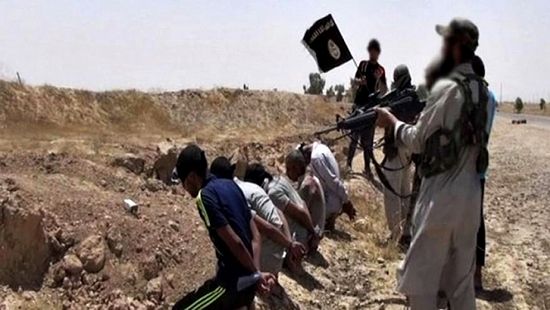 Islamic State militants have brutally murdered 12 Christians, including the 12-year-old son of a Syrian ministry team leader who had planted nine churches, for refusing to renounce Jesus Christ and embrace Islam instead, the Gospel Herald reported.

The horrific executions took place last Aug. 28 in an unnamed village outside Aleppo, Syria, according to Christian Aid Mission, a humanitarian group that assists indigenous Christian workers in their native countries.

"In front of the team leader and relatives in the crowd, the Islamic extremists cut off the fingertips of the boy and severely beat him, telling his father they would stop the torture only if he, the father, returned to Islam," Christian Aid Mission said, according to Gospel Herald.

"When the team leader refused, relatives said, the ISIS militants also tortured and beat him and the two other ministry workers. The three men and the boy then met their deaths in crucifixion.''

"They were killed for refusing to return to Islam after embracing Christianity, as were the other eight aid workers, including two women,'' Christian Aid Mission said in its statement.

The eight were reportedly brought to a separate site in the village and asked if they would also return to Islam. But after they refused the offer, the women, ages 29 and 33, "were raped before the crowd, summoned to watch, and then all eight were beheaded."

Citing relatives and villagers who saw the horrific crime, the ministry leader of Christian Aid Mission said that the women "prayed and knelt before the Islamic State militants.''

The bodies of those killed were then hung on crosses for display, reflective of Christ's crucifixion, according to the Gospel Herald.

The twelve martyrs were among thousands of Christians killed by the ISIS, an extremist Muslim group determined to wipe Christianity off the Middle Eastern map. The group also reportedly shattered "countless time-honoured Christian monasteries, manuscripts, and holy sites in an attempt to eradicate the faith."