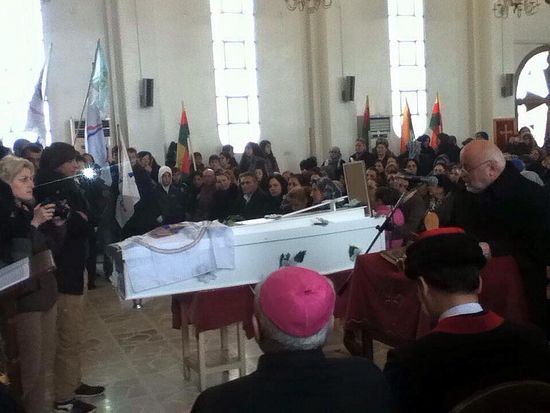 According to Assyrian leaders in Hasaka, the number of Assyrians captured by ISIS is as high as 373. There are 150 confirmed captives whose names are known. Various news agencies reporting today raised the number of captured Assyrians to 250.

According to Assyrian fighters in Tel Tamar, ISIS has withdrawn from the Assyrian villages of Tel Goran, Tel Shamiran and Tel Jazira. But residents and fighters have not reentered the villages for fear of booby traps left by ISIS.

Assyrian sources in Hasaka say ISIS claims to have sent pictures of the captured Assyrians to the U.S. government with an ultimatum to stop airstrikes against them else all Assyrians will be killed.

Funeral services were held yesterday for the 9 Assyrian fighters killed while fighting ISIS. Their names are: 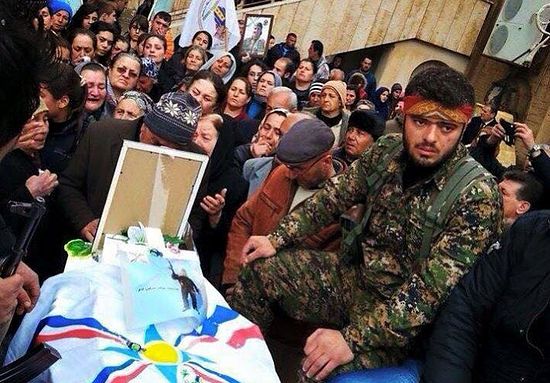 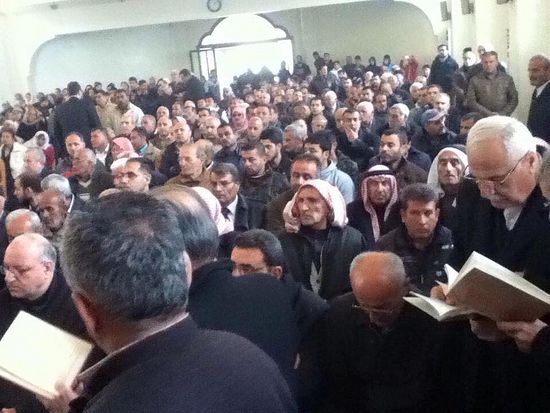 Isis video threat to slaughter 150 Assyrian Christian hostages unless US stops bombing Islamic State forces
Jihadists attacked the village of Tal Shamiram, in the north-eastern Syrian province of al-Hasakah, at dawn and abducted dozens of people and took them to an Isis-held city named al-Shadadi. Britain's Coptic Christian community 'scared to be in UK' after Libya killings
David Cameron condemns murder of Egyptian Copts at hands of Isis as Britain’s orthodox Christians express anger that more was not done to save victims.