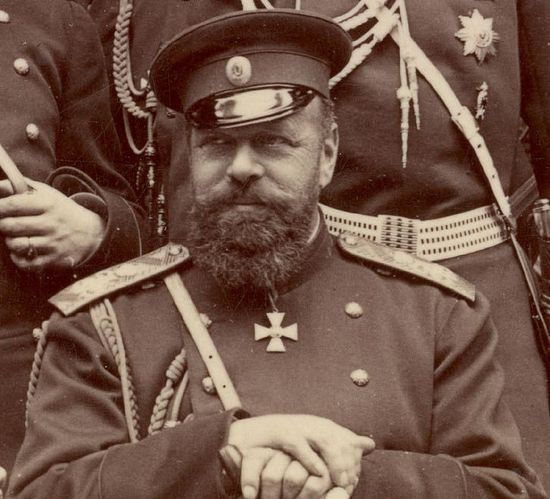 The Russian media reported today that authorities are now considering expanding their investigation even further by exhuming the remains of Emperor Alexander III. According to media reports, this procedure is necessary for a more accurate study of the remains of Tsesarevich Alexei and Grand Duchess Maria on the basis of their relationship with the Russian emperor.

"His Holiness Patriarch Kirill of Moscow and All Russia has offered to conduct such a study. Experts agree that Alexander III is still the closest relative to Nicholas II, and as far as I know, his grave has never been opened. Having said this, no one can then say that his remains had ever been tampered with. Therefore, we are very, very seriously considering the matter," said Vladimir Solovyov, senior investigator with the Main Criminalistics Department of the Russian Investigative Committee.

The remains of Emperor Alexander III are buried in the Saints Peter and Paul Cathedral in St. Petersburg.

On September 23, the Investigative Committee of the Russian Federation reopened the investigation into the murders of the Russian royal family and the examination of the remains of Tsesarevich Alexei and Grand Duchess Maria, to ascertain their identity. Following a statement by the committee, the burial ceremony for the two remaining Romanov children has been tentatively moved to February 2016. John Maelstrom10/30/2015 10:17 pm
I hope they test Tsar Alexander III for arsenic poisoning. His death was untimely. It is often cited as being related to a train-wreck he survived years earlier, which would be unusual for such a robust man. Personally, I suspect his doctor, Dr. Leyden of Germany, but more evidence is needed. The Bolsheviks laid ground for their evil long before 1917.
×