Before you start throwing rocks at me I have to tell you that this is not my idea – it comes from a famous medieval text – “the chronicle of Dalimil”! Still, chances are that you never heard of this text and for me this is a good enough reason to make a post about it.

So what is this “Chronicle of Dalimil” you ask now? Well, it is a very important document for Czech people, because it is the first known text written in Czech language, somewhere in the first quarter of the XIV century. The text was also translated in German and had many re-editions in this part of the world due to it’s enormous popularity. 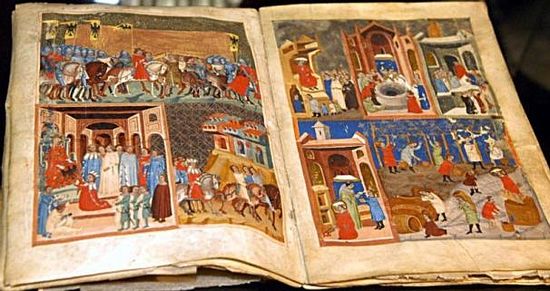 
In brief, this text provides us with chronological history of the Slavs, starting with the most ancient of times and finishing with the important events of the XIV century. The author unfortunately does not provide us with sources for it’s claims, which was a normal practice at the time, but it is assumed that some of his ideas are based on the older chronicles written in Latin, not preserved today, as well as on some oral tradition of the Slavic tribes.

So, to cut long story short, what is so striking about this text is that at it’s very beginning, right after the introduction, the author connects origin of Slavs with the construction of tower of Babel! BUT as if this is not enough of a shocker, he does not use the word “Slavs” at all, but the word “Serbs” instead! Did ethnonym “Slav” exist in the XIV century? Yes, in the 6th century AD Procopius mentions Slavs in Byzantine Greek, and he refers to them asΣκλάβοι Sklaboi. The first mention in Old Church Slavonic is from the 9th century and reads: Slověne. So why “Serbs” and not “Slavs”? It is a mystery, but this text states that after the God’s punishment those Serbs who lived in Babylon moved to the Mediterranean region.

Immediately after these lines the origin of Slavic tribes is explained in the following manner:

So this just gets more and more enigmatic as we see. Is the author trying to make a chronology of Slavic tribes here? He is stating that Czech was a Polish man, who came from Croatia, that was a Serbian country? We don’t know what he meant by that. True, there was another white-Croatia and another white-Serbia in the general area of Bohemia, of what is now Poland, so does he speak of the Balkan countries or these ones?

Opinions on this vary. My opinion is that he speaks of the Balkan countries and I say this for the two reasons:

1. This text comes immediately after the passage where he connects Serbs with the Mediterranean

2. In the continuation of the text he states that Czech needed to leave Croatia after he had killed a man, so he settled in the new country. (some other chronicles also mention this event). If he really wanted to run away, it would not make much sense to just move to another village I guess.

So, are there any other known sources connecting origin of Slavs to Balkan? Yes! Probably the most famous of all medieval Slavic texts, “Nestor’s chronicle” is written in the first quarter of XII century, some 200 years before the chronicle of Dalimil. Nestor states that the origin of all Slavs is on Balkans, from where they were pushed away by Roman armies (?). Here is the whole passage:

Over a long period the Slavs settled beside the Danube, where the Hungarian and Bulgarian lands now lie. From among these Slavs, parties scattered throughout the country and were known by appropriate names, according to the places where they settled. Thus some came and settled by the river Morava, and were named Moravians, while others were called Czechs. Among these same Slavs are included the White Croats, the Serbs and the Carinthians. For when the Vlakhs (*Romans) attacked the Danubian Slavs, settled among them and did them violence, the latter came and made their homes by the Vistula, and were then called Lyakhs. Of these same Lyakhs some were called Polyanians, some Lutichians, some Mazovians, and still others Pomorians. Certain Slavs settled also on the Dnieper, and were likewise called Polyanians. Still others were named Derevlians, because they lived in the forests. Some also lived between the ‘Pripet’ and the Dvina, and were known as Dregovichians. Other tribes resided along the Dvina and were called the Polotians on account of a small stream called the Polota, which flows into the Dvina. It was from this same stream that they were named the Polotians. The Slavs also dwelt about Lake Il’men, and were known there by their characteristic name. They built a city which they called Novgorod. Still others had their homes along the Desna, the Sem’ and the Sula, and were called Severians. Thus the Slavic race was divided, and its language was known as Slavic.

So there you go, I am not bringing any claims here, but I think that it is really interesting and important to know that in middle ages it was a wide-spread belief that Slavs originated from the Balkans and that Serbs were one of the their oldest tribes. 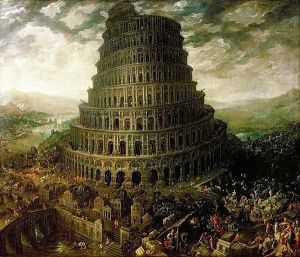 1500-year-old Christian manuscript discovered at Manchester library
Staff members of the John Rylands Library of the University of Manchester have announced the discover of a Greek papyrus text written in the 6th century, which gives an account of the Last Supper and first Christians. Миле Протић8/31/2020 12:58 pm
This is correct claim. Serbs as well as all Slavs are from Balkan. Herodotus described 3 Illyrian tribes. Dardanians, Tribals and Eneti. After the Trojan war Eneti migrated to northen Italy and established Veneto and Venetia.(A)eneas who was from Eneti tribe went to area near Rome and established the city. Veneti later migrated aslo to nortn and in Germany are known as Venden, and they call them self not Sorbs but Serbs. Tribals are still in Balan and are Serbs.Dardanians migrated to north and Danmark,Sween and partly Celts came out from them.

Bambauerovic3/23/2019 11:54 pm
You are cracy my friend. I agree that serbs were created before Adam and Eve. I even could agree that Serbs created Adam. But the Babylonic tower is a story as all stories in the OT. The meaning of the story is.......find it out, as a Serb you have more brain than me.
In any case drink a slibovic and calm down brate

Anonymous11/26/2016 3:38 pm
Very interesting, you see, for some odd reason, people tend to view certain documents as more incriminating than others, just because certain authors say that the Serbs come from region A and another says they come from region B somehow means that the first is correct and so historians are forced to accept the document that matches their theory of origin, that is why nowadays the theory is swayed towards a supposed "white serbia" that was situated near modern day Poland even though Slavic documents such as the ones you have shown here give a totally different account of the origin.

But, what ever the case may be, one should also consider the fact that, the Serbs, cannot be descendants of the Lusatian Serbs who call themselves "sorbi" because the very name linguistically speaking cannot contain an o because if you take the word "Srbin" as an example, which is the Serbian word for "a serb", if you were to transliterate it so that you have an identical pronunciation, you would get "Serb", same goes for "Srbija" which is the Serbian word for Serbia", as some might know, Slavic languages by default tend to be a cluster of consonants as evident in Slovak and Czech and also Southern Slavic languages such as Serbian.

Anonymous11/26/2016 3:37 pm
So, for their name, Srbi/Serbs, to become "sorbi" it means that there is a dramatic change in linguistics, if the Serbs originally came from Poland, then the linguistics would not change alot since Lusatia is not far off from Poland and would as such maintain the original influence that would have them adhere to the linguistics of the people they originate from, but if their original habitat was further away then the chance of them experiencing a major change such as this one, where the name of their people changes, is much bigger because the sphere of influence is not maintained.

Anonymous11/26/2016 3:36 pm
But how is this possible? I mean, if the Serbs were this huge Slavic tribe that lived in "white serbia" would it not suggest that after they had supposedly split up and one group went to the Balkans whilst the other stayed there and would eventually form the Poles and the Ljutici, their languages would be identical? It makes no sense because then they would identify each other as relatives and the chance of assimilation would have been tremendous, unfortunately we see the opposite, namely, hostilities.

Please understand that by writing this i am not being desperate as to try to prove that the Serbs never came from that region, i am only trying to point out something that i find illogical and there are many illogical aspects of the theory that the Serbs moved from "White Serbia" and to the Balkans, i think the theory is skewed against the Serbs, they are considered "invaders" but the Hungarians who, according to the same logics, should also be seen as such but SOMEHOW are not considered as such .... i mean, what gives?
×