Impulsivity, our Relationship with God, and the Problem of Self-control 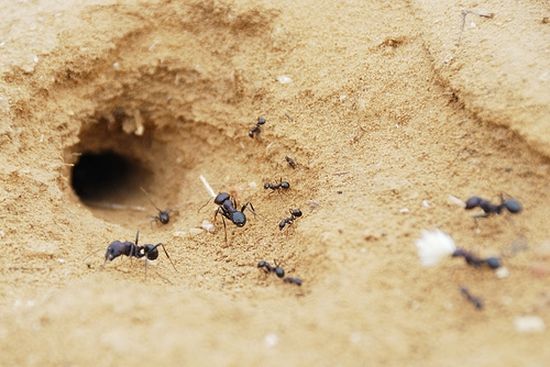 With our own best efforts, that heroic self-control can be frustratingly elusive, for unfortunately we who make laws for ourselves can also change those same laws in an instant, and find ourselves giving in to impulses that in our better moments, we would certainly prefer to resist. For the impulsive, the self in self-control is the problem. It is a foundation made of sand that will inevitably lead to the collapse of all we call home. There is, however, another solution and that is to put God in control, seeking strength from Him. Saint Paul refers to self-control in his epistle to the Galatians when he writes, “But the fruit of the Spirit is love, joy, peace, longsuffering, gentleness, goodness, faith, meekness, self-control: against such there is no law” (5:22). For the Christian, self-control—like love, peace, and joy—is not the fruit of his or one’s own efforts, but of the Spirit, which is another way of expressing our living relationship with God on a day-to-day, hour-by-hour, minute-by-minute basis, allowing God to do what we cannot.

There is, however, nothing passive about this relationship. The Church father refer to it as a synergy, a working together with God, which means action, being “doers of the word, and not hearers only,” for otherwise “we will only be deceiving ourselves” (James 1:22). Commenting on this passage, Saint Kallistos and Ignatios Xanthopoulos remarks that after seeking God’s help and taking into account what we are able to do, we are to do what is within our power, “for God loves seeing us acting according to our strength. Take care then, not, simply to show that we are lovers of learning and labor, but showing through our works that we genuinely love to learn and are eager to change” (Method and Exact Rule, 93, Philokalia, 4, 289 [in Greek]).

So what is within our power? Here, psychological research may be of some help. Self-control is not an abstract force, but a quality that is manifest in concrete actions and a particular way of life. In his dissertation on the subject of self-control, Andrew A. Lubusko speaks about self-control in terms of delayed self-gratification, learned industriousness, obedience to conscience, behavioral inhibition, impulse control, and an ability to think about the future and plan accordingly. Of these manifestations of self-control, the two that stand out as the best viable candidates for the impulsive are learned industriousness and planning for the future by action in the present that will make impulsive behavior increasingly unlikely later on.

Here, we would do well to heed the advice from proverbs: “Go to the ant, thou sluggard; consider her ways, and be wise”(6:6) and “The ants are a people not strong, yet they prepare their meat in the summer” (30:25). With respect to the first proverb, Saint John Chrysostom writes, “Consider then how prudent the ant is, and consider how God has placed in so small a body, such an unceasing desire to work!” (Homily 12 on the Statues). That desire for work, that willingness to work, needs to be cultivated in the impulsive and then implemented by doing what moves in the opposite direction of the problem impulses. Considering that same first proverb, Saint Jerome notes that the ants’ activity always involves “toil for the community, for nothing belongs to any one in particular, but all things belong to everyone” (The Life of Malchus). Spending time in an activity that helps others is perhaps the best kind of learned industriousness that the impulsive can adopt as an antidote to impulsivity. With respect to the second proverb, Saint Augustine asks, “And what is it that the ant does? She lays up in summer what will be useful to her in winter. So while it is summer, while things are going well with you, while you are peaceful, hear the word of the Lord” (Commentary on Psalm 42). “See the ant of God, he gets up everyday, hastens to the Church of God, prays, listens to the readings, sings the hymns, digests what he has heard, thinks upon these things, and stores within himself the grains gathered from the threshing-floor” (Commentary on Psalm 58). When we are at peace, when impulses are at a low, that is the time to spend drawing closer to God in every way we can, praying, reading, and gathering together with other Christians strugglers. And that is the time for a plan of action that we can use when impulses again come like waves against the house of our soul.

Action and preparation, then, are what the impulsive can do to begin to change: interior action with the heart and outward action with the body. And that action is energized not by ourselves alone, but by our prayerful connection with God. Tito Colliander in his On the Way of Ascetics speaks about the inner action required of us as follows: “Whoever engages in inner warfare needs at every moment four things: humility, the greatest vigilance, the will to resist, and prayer. It is a matter of dominating, with God’s help, the “Ethiopians of thought,” thrusting them out by the door of the heart, and crushing at once those who dash your little ones against the rocks (Psalm 137:9). Humility is a prerequisite, for the proud man is once and for all shut out. Vigilance is necessary in order immediately to recognize the enemies and to keep the heart free from vice. The will to resist must be established at the very instant the enemy is recognized. But since without Me ye can do nothing (John15:5), prayer is the basis on which the whole battle depends. A little example may be of guidance to you. By being vigilant you discover an enemy approaching the door of your heart, for example, the temptation to think an evil thought of a fellow man. Immediately your will to resist is awakened and you thrust out the temptation, but at the very next moment you sustain a setback in the form of a self-satisfied thought: My, but I was alert! Your apparent victory became a horrible defeat. Humility was missing.”

The problem of self-control in the impulsive finds its solution in humbly, yet actively and proactively, placing everything, every temptation, every difficulty, every impulse in the strong and powerful hands of God. Then we can move about and must move about, as busy as ants on a warm, summer day, doing something good, doing something for others, and doing something worthwhile that leaves less time for the impulses of the moment and provides more time for communion with the God of our heart in the present. Then, we will have both the self-respect that those with self-control have and even their courage, not on our own merits, but because “the Lord is our defense; and our God is the rock of our refuge” (Psalm 94:22). The Healing of Impulsivity in the Light of our Understanding of Personality
Hieromonk Alexis (Trader)
The therapeutic regimen offered by the holy fathers tacks in a slightly different direction, based on a very different understanding of the human being’s inner world or personality. Impulsivity and Asceticism
Hieromonk Alexis (Trader)
For the fathers, the goal is not to acquire an iron will for “white-knuckling” one’s way through any temptation. Rather, the aim is to have a supple will conformable to the will of God.

Temptations and Impulsivity
Hieromonk Alexis (Trader)
Before temptations, a man prays to God as a stranger. When temptations are allowed to come by the love of God, and he does not give in to them, then he stands before God as a sincere friend.
Comments
×