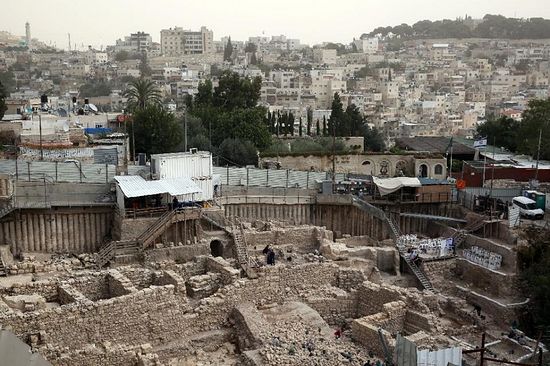 Israel's antiquities body claimed Tuesday to have solved "one of Jerusalem's greatest archaeological mysteries" by unearthing an ancient Greek citadel -- the Acra -- buried under a car park.

Archaeologists have puzzled for more than a century over the exact location of the Acra, built by Seleucid Emperor Antiochus IV Epiphanes (215-164 BC) to control Jerusalem and the ancient Jewish temple there.

The temple was razed by the Romans in 70 AD, and two Muslim holy sites -- the Dome of the Rock and the Al-Aqsa mosque were built there centuries later.

The site, known to Muslims as The Noble Sanctuary and to Jews as Temple Mount, is sacred to both peoples and today the site of frequent disputes and clashes.

"Researchers with the Israel Antiquities Authority believe they have found the remains of the stronghold... in the Givati parking lot excavations at the City of David," the authority said.

That was a reference to an archaeological site situated in the Palestinian neighbourhood of Silwan in occupied east Jerusalem. 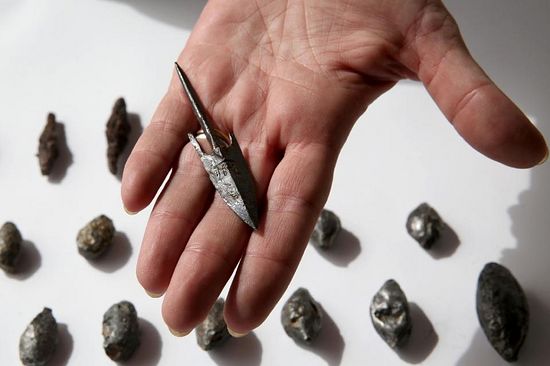 A member of the Israeli Antiquity Authorities displays on November 3, 2015 lead sling stones, bronze arrowheads and ballista stones at a site adjacent to Jerusalem's Old City walls where researchers claim to have found the remains of the Acra (AFP Photo/Gali Tibbon)

"The Givati excavation continues to uncover numerous artifacts from more than 10 different ancient cultures from Jerusalem's history," the authority said.

The citadel is mentioned in both the Jewish Book of Maccabees and in the writings of historian Flavius Josephus in the 1st Century AD but its exact location was unknown until now.

Excavators uncovered a section of the citadel's wall as well as the base of a tower of "impressive dimensions," the authority said.

"This sensational discovery allows us for the first time to reconstruct the layout of the settlement in the city" as it was more than 2,000 years ago, archaeologists said.

The fortification's defences withstood all attempts at conquering it until Jewish leader Simon Maccabees took it in 141 BC after the Greek garrison starved during a lengthy siege.

Antiochus is remembered in the Jewish tradition as the villain of the Hanukkah holiday who sought to ban Jewish religious rites, sparking the Maccabean revolt. Archaeologists Make Last Discoveries As They Excavate in Full Medieval Monastery at Urvich Fortress near Bulgaria’s Sofia
Archaeological structures and artifacts from the 14th-17th century AD have been discovered during the last days of the excavations of the late medieval monastery St. Iliya (St. Elijah) at the Urvich Fortress near the Bulgarian capital Sofia. Byzantine-Era Mosaic to be Displayed in Southern Israel
1,500-year-old archaeological find served as floor of church and depicts map of an Egyptian town Israeli Archaeologists Discover 3,000-Year-Old Jar With Inscription of Name From the Bible

Israeli Archaeologists Discover 3,000-Year-Old Jar With Inscription of Name From the Bible
Archaeologists in Israel have found a rare inscription of the name of an apparently influential person from the time of King David, a name that is also mentioned in the Bible, according to Israel Antiquities Authority.
Comments
×