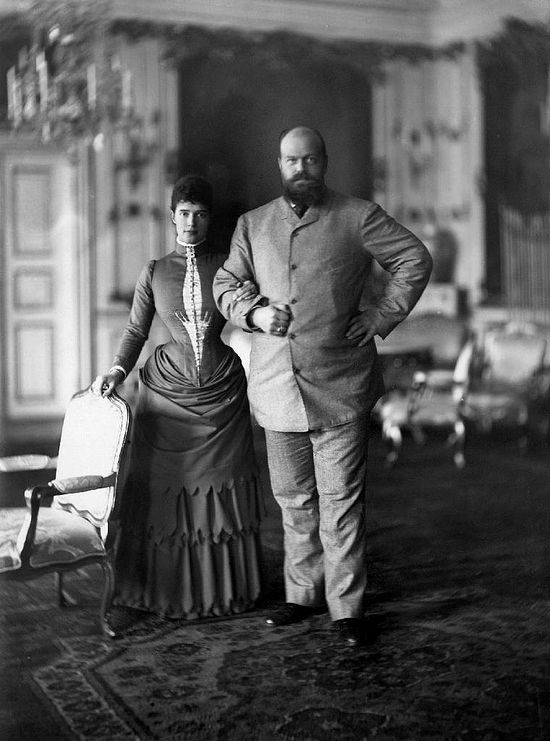 Russian investigators began examining the grave of Tsar Alexander III Tuesday ahead of his exhumation in a probe looking to finally identify the remains of the last tsar Nicholas II and his family.

The Peter and Paul Cathedral in Saint Petersburg where Tsar Alexander III is buried was closed to visitors as the state commission examined the 121-year-old grave, its press service said.

Alexander III, the father of the last Romanov Tsar Nicholas II, died in 1894, and the preparatory work on his grave began with a religious service.

The full exhumation is expected to take place in several weeks.

"We have discussed how to do this in an extremely tactful way so as not to destroy the cultural heritage," said criminal investigator Vladimir Solovyov in charge of the probe, quoted by the news website Fontanka.ru

Before the exhumation, there will be a requiem mass, the city's Orthodox Church diocese said. 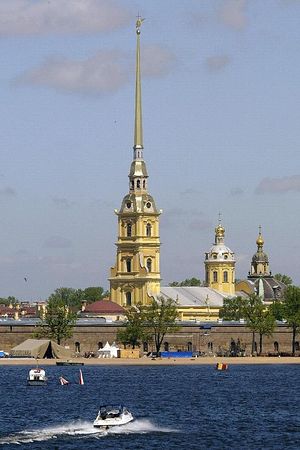 The Peter and Paul Cathedral in Saint Petersburg where Tsar Alexander III is buried was closed to visitors as the state commission examined the 121-year-old grave (AFP Photo/Maxim Marmur)
Nicholas II, his family and their retinue were shot by the Bolsheviks in 1918, who then tried to hide the crime by burning their bodies, dousing them in acid and hurriedly burying them in the provincial city of Yekaterinburg.

The remains of Nicholas II, his wife and three of their daughters were found in 1991 and reburied in Peter and Paul Cathedral in 1998 when Boris Yeltsin was in power.

Nearly a decade later, the remains of his heir Alexei and daughter Maria were found in a separate grave in 2007. Their remains are currently in limbo in the state archive.

Russia wants the remains of all of the Romanovs laid to rest in the same place and is pushing for them to be formally recognised in a ceremony by the powerful Russian Orthodox Church, which has canonised the family as martyrs.

But the Church has never formally recognised any of the Romanov remains as authentic despite the results of DNA testing by international and Russian scientists.

The Church says there must be no doubt over their identity since believers will revere them as holy relics.

This summer, a government-backed working group called for the remains of Alexei and Maria to be buried within months.

But the Church has insisted on further DNA testing by Russian scientists, with the remains being handled under close supervision by priests.

For the new round of testing, the remains of Nicholas II and his wife Alexandra have also been exhumed and specialists are looking at the bloodstained clothes of the last tsar's grandfather, Alexander II, who was assassinated in 1881. Relics of St. Elizabeth the New Martyr May Be Included in Royal Martyrs Inquiry
As part of its ongoing investigation into the murder of the last royal family of Russia and the testing of their alleged remains, the Russian Investigative Committee has stated that samples of the relics of St. Elizabeth the New-Martyr, the sister of Tsarina Alexandra and herself a Grand Duchess, may be delivered from Israel to Moscow to aid in establishing the identity of the remains found near Ekaterinburg alleged to be those of the Royal Martyrs.

Alleged Remains of Royal Martyr St. Nicholas II Exhumed
Samples of the alleged remains of Nicholas II and his spouse Alexandra, as well as samples of the clothes of Emperor Alexander II were taken by specialists of Russia’s Investigative Committee on Wednesday as part of new genetic tests in the assassination case of the last Russian imperial family.
Comments

Bella11/5/2015 5:07 am
Leave the dead alone , enough disturbing of this family ...their spirits must be crying from all the nonsense actions of DNA etc. Unfortunately the Orthodox church logic,is now similar to Rome church nonsense acts..millions of test been done by people who are worth the trust .. for there is no need for those scientific research to lie, so burry the family and pray for their soul
×