The Metropolis of Piraeus of the Church of Greece made a special statement in connection with the intensification of activities of neopagans, reports AgionOros.ru. 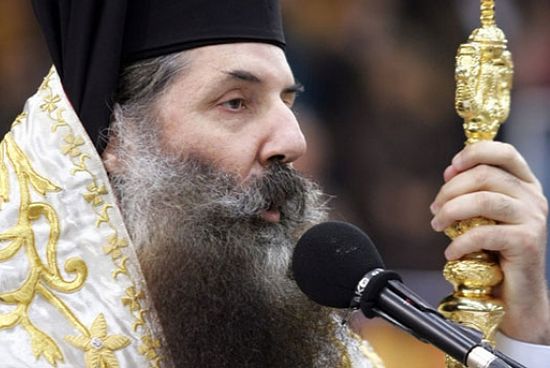 The document points to “the unprecedented radicalization of some neopagan organizations”, most of which “go beyond law and outrage all decency”.

Through their internet pages the neopagans blaspheme against Christ and Orthodox saints, threaten priests and Orthodox faithful: “They openly declare the formation of armed groups, the so-called “warriors of the gods” who, under direction of their pagan priests, will rise in an armed revolt so as to “liberate” Greeks from “the Christian slavery”.

“They speak of a river of blood and piles of corpses… They express their intention to launch 'a holy liberation war' against Orthodox Christians whom they call 'invaders who occupied the territory of Greece.'”

The recent detention of members of one radical neopagan organization in the city of Kalamata indicates that pagans will not confine themselves to threats only. The neopagans laid explosives under the monument to the last Byzantine Emperor Constantine Palaiologos (1405-1453) in Sparta and were going to make a number of attacks on state institutions, cultural centers and organizations.

The Metropolis of Piraeus notes that neopagans earlier already attacked Orthodox churches and asks the police to inspect the literature published by neopagans, to examine their websites, and to ensure security of Orthodox believers.

Justina12/14/2015 7:38 pm
Greece made a big mistake when it made ancient Greco paganism legal. The fires that came later I suspect were the wrath of God.

This is pagan reconstructionism, not the daffy neo pagan stuff new agey but a serious effort, using ancient history and archaeology to recreate the pagan religions and society of whatever group (celtic, Slavic, Greek, Roman, Aztec, Nordic, etc.) is being reconstructed.

Back in the 2000s I studied this on some yahoo egroups. It is very dangerous, and no way will they not get around to human sacrifice. A Celtic reconstructionist was saying that slavery should be re established, and the masters have the right of sex with the slaves. Granted he admitted that an unwilling slave would ruin the aesthetics of the situation, but dismissed rape as merely childish like torturing a pet, which shows how nasty (called himself belenus or belenos after some European false god) he is.
×