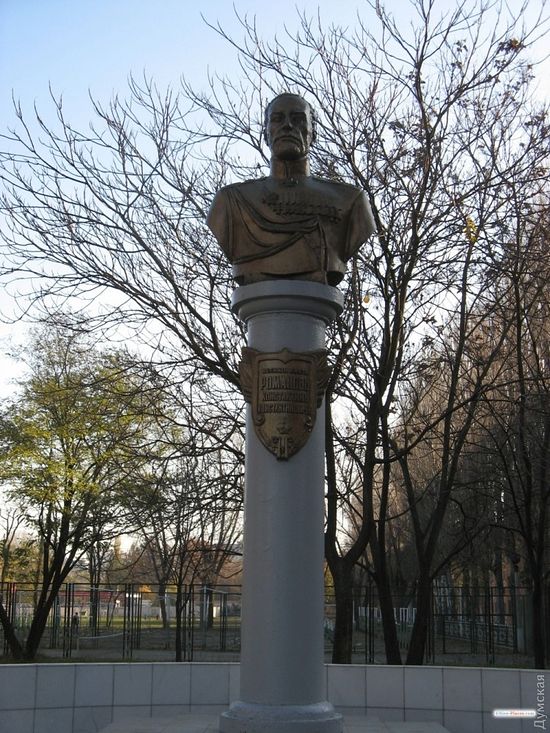 On 27 November a monument to Grand Duke Konstantin Konstantinovich - a cousin of the last Russian Emperor Nicholas II - was dismantled at the Military Academy in Odessa. Despite the protests of teachers and students of the institution, the decision to remove the monument was made by the Minister of Defence of Ukraine Stepan Poltorak.

The removal of his monument is part of the decommunization process which has swept across Ukraine in recent months. The new laws came into effect in April 2015 which outlawed communist and Soviet symbols. Ukrainian authorities have since declared war on the legacy of the Russian Empire as well.

The monument of the highly respected grand duke was established in 1999 at the initiative of the then chief of the Odessa Institute of Land Forces Anatoly Trots. The monument was not protected by the state, and according to local media “had no cultural value”. The bronze bust has been stored in a warehouse, to be replaced with a monument honouring Ukrainian soldiers who died in the Donbass region of the country.

Grand Duke Konstantin Konstantinovich (1858-1915) served in the Izmailovsky Regiment of the Imperial Guard, as inspector general of military schools, president of the St. Petersburg Academy of Sciences, and is also known as a poet, translator and playwright.

The Cadet Corps in Odessa was established on 16 April, 1899 to provide secondary and military education for boys intending to become officers. The Grand Duke Konstantin Konstantinovich Russia (1858-1915), who was inspector of military educational institutions, attended the blessing of the School of St. Cyril and St. Methodius Chapel on 6 October 1902. Upon the death of Grand Duke Konstantin Konstantinovich in 1915, the school was renamed in his honour and functioned up until 1917.

During the 1917 revolution, the Cadet Corps in Odessa remained loyal to Emperor Nicholas II. In May 1917 they refused to participate in a military parade attended by Minister Guchkov. On 31 August, 1917, the school was evacuated to Rostov-on-Don and then to Novocherkassk and later dissolved. Some students returned to their families, while others joined the White Army to fight the Bolsheviks. Of the 1196 graduates of the institution, 446 took part in the fight against Bolshevism. Crowned, anointed, and communed as clergy: On the coronations of Russian empresses regnant
Ryan Hunter

Crowned, anointed, and communed as clergy: On the coronations of Russian empresses regnant
Ryan Hunter
It is well-known that in May 1896, at the last coronation of a Russian monarch and his consort, Emperor Nicholas II and Empress Alexandra Feodorovna were both crowned and anointed by the Russian Orthodox Church’s senior-ranking metropolitan. Russian tsars had been crowned from time immemorial, but what is fascinating about this last coronation ceremony was that many of the time-honored rituals Nicholas II participated in as the monarch were rituals first observed in 1730 at the coronation of a female sovereign, Empress Anna Ivanovna.
Comments
×