A copy of the Iveron Icon of the Mother of God was painted in Georgia earlier in 2015. Together with its keepers, film director Zurab Shioshvili and musician Giorgy Cholokava, the icon visited the Holy Land and Holy Mount Athos. Such speedy and wonderful miracles began to occur from it that the icon has already been given the names of “Quick to Hearken” and “Queen.” 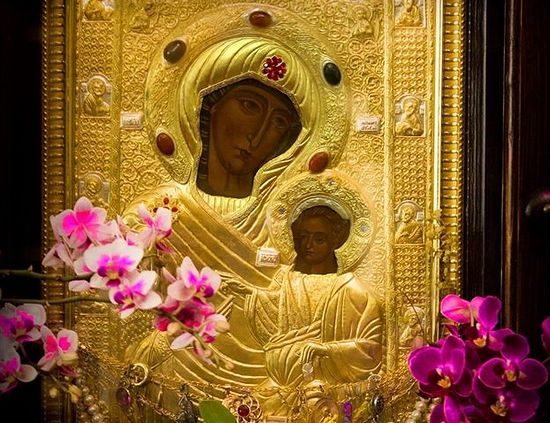 Thus, a miracle occurred in the Monastery of the Mount of Temptations in the Judean Desert, north-west of Jericho, at the site where the devil tempted our Lord Jesus Christ: a strong warmth began emanating from the icon and the stone on which the Savior used to pray became warm as well, reported the Georgian media.

When keeper of the icon, Zurab Shioshvili, returning to his motherland, showed the icon to the primate of the Georgian Orthodox Church and related all the events that had occurred with it, Catholicos-Patriarch Ilia II called the icon “the Queen Who Brings Joy.” 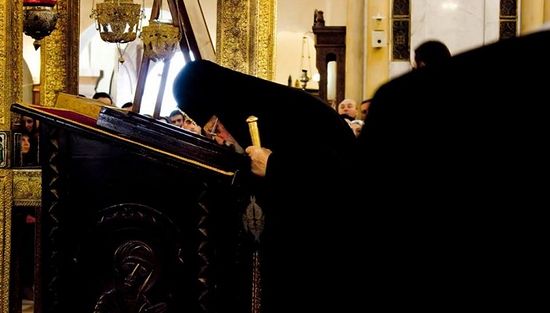 Patriarch of Georgia near the holy icon.

Today copies of this holy icon are spreading all over the world.

The hands of the Heavenly Queen on the icon are always warm, and sometimes, when someone fervently prays near the icon, the hands become even warmer. People notice this when they bend to kiss the hands with reverence, the Georgian media reports.

A special Facebook page has been created which tells the news, relates the miracles, and informs about the places that are to be visited by the great icon.

This is an extraordinary phenomenon, that an icon should permanently have warm hands, as if belonging to a living person. Numerous miracles have been reported by people who prayed to the Theotokos for a happy family life or success in their jobs.