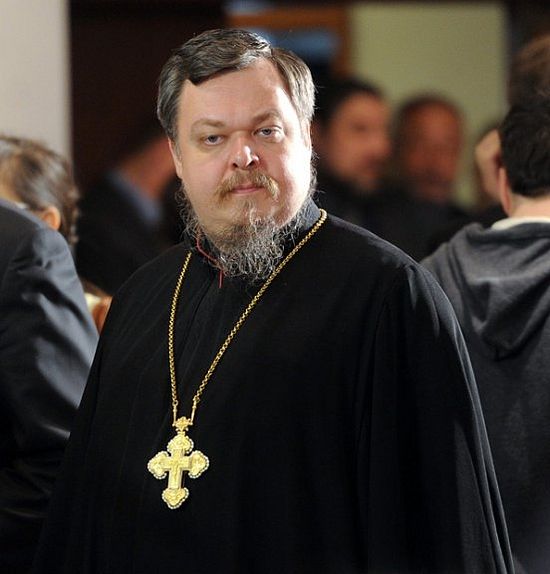 The Holy Synod of the Russian Orthodox Church on Thursday founded the Department for Relations between the Church, Society and the Mass Media.

This decision was made "to optimize the work and increase effectiveness, and also to control our parallel processes in the work of synodal establishments," the press service for the Synodal Information Department reported.

"The Holy Synod has dismissed Archpriest Vsevolod Chaplin from his post as chairman of the Department for Church and Society Relations, thanking him for his many years of participation in the dialogue with the authorities on issues relating to the development of legislation on religious organizations, and also his participation in the work of the Interreligious Council of Russia," the report says.

The new chairman of the Synodal Department for Relations between the Church, Society and the Mass Media is Vladimir Legoyda, who until now headed the Synodal Information Department.

Metropolitan Hilarion of Volokolamsk has been appointed representative for the Church in the Interreligious Council of Russia. Voice of Orthodox Believers Should be Defining When Taking Decisions in Russia - Archpriest Vsevolod Chaplin
The Russian Church will strive to make its role decisive in the country. Russia's Motivation for Protection of the Oppressed is Stronger Than ISIS Calling for Jihad Against Us, Archpriest Vsevolod Chaplin Believes

Russia's Motivation for Protection of the Oppressed is Stronger Than ISIS Calling for Jihad Against Us, Archpriest Vsevolod Chaplin Believes
Jihad of the so-called Islamic State against Russia is doomed to failure as Moscow's motivation for war in the Middle East is stronger than Islamists' reasons, the Russian Orthodox Church official believes. The Soviet period of Russian history requires serious analysis, according to Archpriest Vsevolod Chaplin
The Moscow Patriarchate recognizes that more must be done to perpetuate the memory of the victims of repression, including those who died for the faith, and to understand that period in history.
Comments

D M V12/24/2015 9:50 pm
Can someone clarify this article? Does Vsevolod Chaplin's dismissal indicate the MosPat is dissatisfied with his work? To me, Vsevolod Chaplin's regular public statements were emboldening and refreshing. He gives many American Orthodox hope for the future with his defense of traditional Orthodox values.

What will Vsevolod Chaplin do next?
×