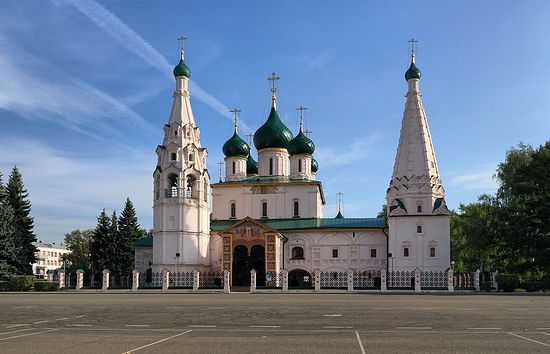 The church of St. Elias in Yaroslavl

The Moscow Patriarchate has created a new diocese in the Yaroslavl Region and two parishes in Europe.

In accordance with the decision made by the Russian Church Synod on Thursday, the Pereslavl Diocese has been formed within the administrative borders of the Bolsheselsky, Borisoglebsky, Myshkin, Pereslavl and Uglich districts of the Yaroslavl Region. The new diocese is led by Hegumen Fyodor (Kazanov).

The Synod also dismissed Archpriest Igor Vyzhanov from the post of rector of the church of Andrew the First-Called in Naples, Italy, and placed him into the service of Patriarch Kirill. Russian Orthodox Church to get 13 new dioceses
The Moscow Patriarchate's Holy Synod, which convened in Moscow on Wednesday, made the decision to set up 13 new dioceses.
Comments
×