Palestinians Carry out Attacks against Town of Bethlehem on Christmas 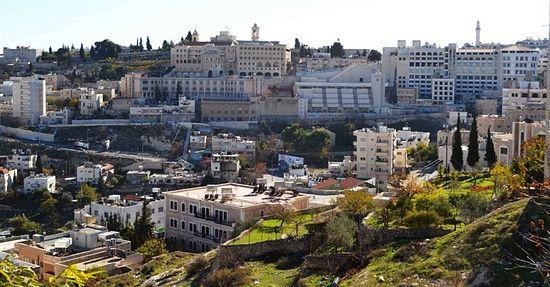 Attackers wearing Santa suits and gas masks attacked the town of Bethlehem starting on Christmas Eve and continued through the weekend.

Palestinians killed at least 20 Israelis and a U.S. citizen during the attacks, according to Christian Today.

On Thursday, Israeli official said three Palestinian attackers were killed when they tried to ram their car into Israeli security officials.

Another Palestinian attacker wounded two Israeli border police officers. One of the officers was stabbed in the neck.

"We're in Bethlehem celebrating Christmas, celebrating the birthday of our Lord Jesus Christ. This is the birthplace of the King of peace so what we want is peace," said Rula Maayah, the Palestinian tourism minister.

Last week, in Manger Square, Israelis uprooted an olive tree and surrounded it with barbed wire and decorated it with tear gas canisters and photographs of Palestinians killed or arrested. A bomb goes off during Father Fadi Haddad's funeral, "martyr of reconciliation and harmony"
A bomb exploded this morning during Fr. Fadi Jamil Haddad’s funeral, the Orthodox priest who was kidnapped and found dead yesterday in Damascus.
Comments
×