Hierarchs of the Church of Greece have commented on the decision of local authorities to open a crematorium in the city of Patras, reports AgionOros. 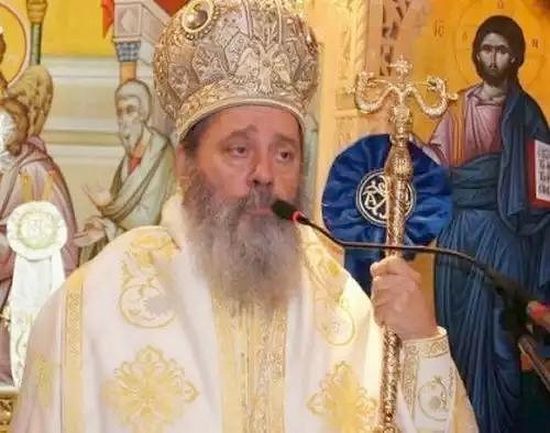 Bishop Chrysanthos stressed that “the war against the Church is now being waged openly. Cremation and other manifestations of the new morality (for example, “free cohabitation”, civil partnerships and so on) have nothing to do with the Orthodox tradition of Greece”.

Metropolitan Justin of Kalamaria, commenting on the decision to open the crematorium, said: “Many claim that the Church should care for people’s souls only and leave the body alone. That is not true: the Church cares for the whole human being who is saved in his or her psychosomatic unity, gaining the Divine grace.

The body is holy and sacred for the Church, because it was created by God! The Lord Himself took this body, resurrected and ascended to the Heavens in it. Can there be a greater glory for the body?” 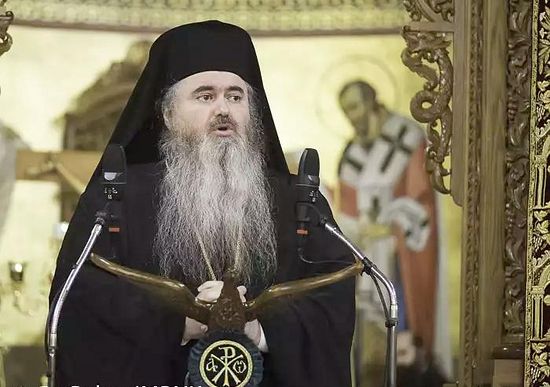 In the hierarch’s view, “cremation of the departed indicates nihilism, unbelief and disrespect, first of all, for the human personality and, therefore, for the Creator”.

Metropolitan Justin expressed the opinion that the main danger for Greece is not in the economic crisis, but in the spiritual and moral one: “Some forces want to goad us into moral lapse. And we, Orthodox Christians, are obliged to oppose this destructive force which is striving to raze everything to the ground. We need to oppose those who are seeking to impose alien morals on us, to enslave our small country with foreign ideology.”

Metropolitan Chrysostomos of Patras in his address to the flock emphasized the inconsistency of cremation with the teaching of the Orthodox Church: “God created man in His own image, as a psychosomatic unity. The union between the soul and the body is holy, and it is no coincidence that Apostle Paul calls our body ‘a temple of the Holy Spirit’…

“When separated from the soul, the body does not become a corpse, as is the case with dumb animals, but it becomes ‘relics’.

“Cremation of the dead demonstrates nihilism, while burial shows respect for the personality of the deceased…

“In the end, cremation of human bodies is a sign of lack of faith in resurrection.”

The Church of Greece has always spoken up against introducing cremation. Cremation of the dead, allowed in a number of oriental religious traditions and accepted for atheists, contradicts the Christian practice of burying the deceased in the ground. Christians are waiting for the Second Coming of Christ and the Resurrection of the dead, and they consider that cremating a human body is unacceptable.

It is obvious that, when speaking about “the forces that are blocking the building of crematoria,” the Greek liberals above all mean the Church of Greece, whose authority is still very strong among the Greek population. That is why the overwhelming majority of Greek city councils, pleading “the possible worsening of the ecological situation,” are blocking the government law that provides for building of crematoria.

The official stand of the Church of Greece is reflected in the resolution of the Holy Synod of May 12, 2010:

1. The Church knows and suggests to Orthodox Christians the only way of disintegration of a dead body is its burial, which is in accordance with the teaching of the Holy Church and many centuries of Church tradition.

2. The Church does not object to cremation of dead bodies of representatives of other religions or heterodox Christians.

The opinion of the Church of Greece is shared by other Local Orthodox Churches. According to Metropolitan Hierotheos (Vlachos) of Nafpaktos and Agios Vlasios, “the entire funeral service is directly related to burial of a body and not burial of ashes. Thus, we come to the conclusion that the funeral service should be performed neither before cremation nor after it. In the first case there will not be the actual burial of the body, and in the second case there will be no body – only ashes.” Shortage of Grave Plots Revives Cremation Controversy in Greece
The shortage of space in graveyards along with burial costs bring back the controversial issue of cremation in Greece.
Comments

Robert Kaarlela1/24/2016 4:07 pm
As far as cremation is concerned, God has not condemned those who burn in fires, are lost at sea, or buried in mass graves. We leave behind on this earth the worth we create while alive. A marker in a grave yard has value only to those wishing a "concrete" attachment to ones who are with God. The pressing cancer known as Islam is a real problem. That "religion" is incompatable with any others because it forces it's dogma on all humanity eradicating any evidence of God. To have the Pope imploring Infidels to accept an army of invaders who are directed to kill us is suicide. How many graves will Muslims prepare for us?

Adriann Giovanni (Iouannou)1/24/2016 3:28 pm
Trying find out why there is such an issue on our faith .. This issue of Greek Orthodoxy has been under attack since the Papacy begun ..

Seems to me that most Catholics and others want cremations due to "Space" that is unavailable for Graves ?? How thoughtless since MOST Greeks and others throughout that whole region once were ALL of the Greek Orthodoxy and NOT Catholic ..

This seems to me to be coming from that end .. Catholics and Atheists that wish to the end of True Orthodoxy .. That is the desire .. Just as the Muslims have destroyed our precious Holy Sites and not one Greek or should I dare say "Hellene" cared ..

What is OUR faith will remain true .. That is what Orthodoxy is , True , the one True religion ... Get over yourselves .. I shall pray for all you misguided others and may you find real Salvation and Christ be with you ..

Doug1/23/2016 1:33 am
I always want to honor God's Will but, I still see legalism in this argument. I know we are to bury but, there is no Word that speaks against cremation (that I know of). This article says there is unbelief attached to cremation and yet I see it as a greater faith. Which is harder to say, "rise up" to a decomposed body or "rise up" to ash? Those who chose the method of cremation in faith believe that as their body is placed in the grave, it becomes ashes to ashes and dust to dust and yet we still have the sure and certain hope of the resurrection.

I do not want to see any legalism in our relationship with Christ and so I am still left wondering if indeed God frowns upon this practice.

Mary Seferi1/22/2016 3:36 am
This article helps me understand the orthodox way of funeral protocol. As the bible says, we should follow.
Thank you.
I always wondered why this tradition was maintained and I now understand.

Kathy1/22/2016 3:05 am
I am a practising Lutheran Christian, & I have never believed in cremation, but I didn't know as many details as those shared above. My mother always told me of her Uncle, who didn't believe there is a God. He'd always say to the Pastor'Your can't prove to me there is a God & I can't prove there isn't. When he died he got cremated. She said, he thought he would be getting away, just in case there is a God. I have always remembered this & reading the above, I can see the link.
God bless people as they stand up against, Satan in this world, we need many more.
×