The Foreign Affairs Ministry of the Russian Federation condemns the destruction of a monastery in Iraq by the militants of the “Islamic State” terrorist organization whose activity is prohibited in Russia, reports Interfax-Religion. 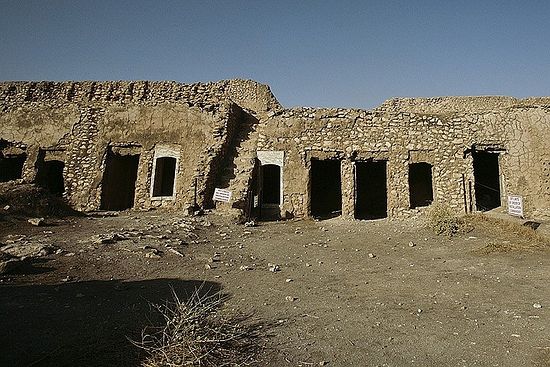 “Moscow is strongly condemning the criminal actions of ISIS and is calling upon all the responsible regional and international representatives to be more active in coordinating the steps in the struggle with the common enemy—world terrorism—in order to protect peaceful nations from violent extremism, and to safeguard the rights of the national and religious minorities, to preserve the monuments of world culture,” reads the message, published by the website of the Information and Press Department of the Russian Federation’s Foreign Ministry.

According to the Ministry, the ancient Monastery of St. Elias which was founded in the 6th century near the Iraqi city of Mosul has been destroyed by extremists who captured the city.

“This act of vandalism once again clearly demonstrates the misanthropic nature of terrorists who, taking refuge in religious tenets, in reality are striving to impose extreme intolerance (which verges on the barbarism of the Middle Ages) and rejecting the multi-faith and multicultural nature of the Middle East and the whole modern world,” the statement reads. Christian Monks, Students Refuse to Flee 4th-Century Monastery Near ISIS-Controlled Mosul; 'God Protects Us'
Three monks and six students have taken refuge in the ancient monastery of Mar Mattai in northern Iraq, just 12 miles from the Islamic State-occupied Mosul City, not willing to flee, and expressing "their faith that this is a secure place."