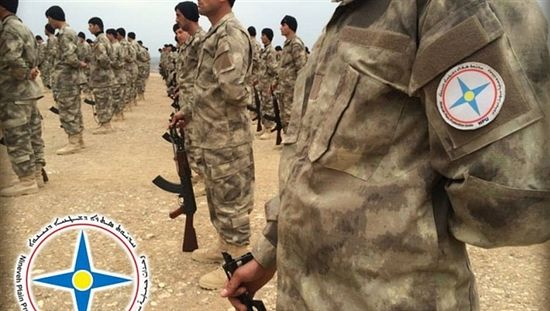 The Christians of Iraq have formed volunteer corps in order to free the Nineveh Valley – most of residents of which traditionally have been Christians — from ISIS. After the region had been seized by Islamists in summer 2014, over 100,000 Christians had to leave it, reports Telegraf.by.

The volunteer squads have already received support from the Iraqi government and the Kurdistan’s Peshmerga (military forces), but they are not subordinated to them directly. 500 Assyrian volunteer corps members are currently quartered in such towns as Alqosh so that they might be protected from ISIS. 500 more Christians are receiving military training and another 3000 – are waiting for their turn, reports the Catholic Herald.

Their aim is to form an administrative district where Assyrian Christians as well as other minorities - Yazidis, Shabaks, and Mandaeans - could reside.

The group is financed by members of the Assyrian diaspora from the USA, Australia, and Sweden, it is trained by an American security company. However, their sources of financing are limited. Nun pleads for Christians raped, sold, killed by ISIS
The Orthodox Christian nun feels it with each new atrocity committed against the Yazidi and Christian minorities of Syria and Iraq. She feels it in the church burnings across Egypt and the slaughter of innocent children in Pakistan. Single Islamic State militant 'has killed 150 women and girls' because they refused to marry members of the terrorist group
The Arabic manual, titled Questions And Answers On Taking Captives And Slaves, instructs ISIS fighters on how to buy and sell women and girls who have been captured in war as booty. ISIS militants are afraid of female battalions
According to the media reports, in north Syria hundreds of women of different ages have been fighting against the ISIS terrorists for several months now.