10 Reasons To Support Kivotos Tou Kosmou (Ark of the World)

The New York-based charity Greek America is currently working to raise funds for Kivotos Tou Kosmou, or Ark of the World, a remarkable orphanage and family center based in Athens, with two additional facilities in northern Greece and on the island of Chios. The organization is hosting a masquerade celebration called The Blue Ball on March 5 in New York City.

Furthermore, for those unable to attend but who still want to support the charity, a crowd-funding campaign has been established via Generosity by Indiegogo. Click here to donate. 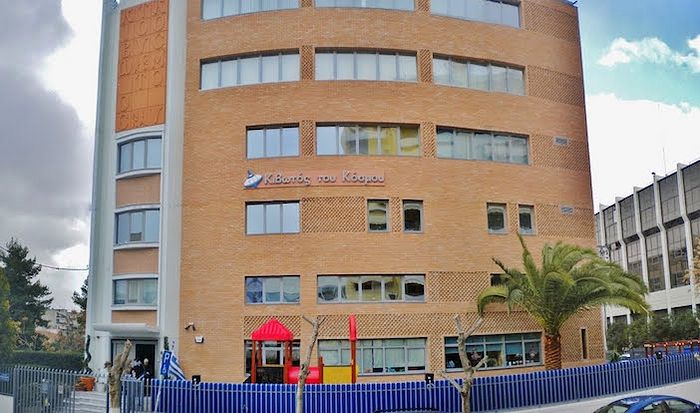 1) Ark of the World was founded to be a safe place for abandoned children of Greece in Kolonos, one of the most dangerous neighborhoods of the city in 1998 by a then 26-year-old priest who believed his true calling or ministry wasn’t inside the temple of church where he was preaching, but in the streets. Because every child should have a safe place to turn in his/her time of crisis or need.

2) Fr. Antonios shies away awards and recognition. “Volunteerism is a tangible action of love and therefore shouldn’t be awarded,” he once said. Despite his personal aversion to awards, he does accept awards for the charity’s work. Two Presidents of Greece recognized Ark for its work, as has UNESCO and the Academy of Athens.

3) Ark of the World received international spotlight and headlines when it became the “go-to” place for disadvantaged families to abandon their children that they could no longer afford to raise. This story from the British Daily Mail shocked the world.

4) Currently in the direct care of Ark are 200 children— infants to 18 years old— and although the vast majority are Greek, children from all walks of life and religious backgrounds were welcomed.

5) Ark is supported by dozens of volunteers who contribute thousands of hours annually to make it a safe place, relieving them of poverty, hunger, illnesses, misery, exploitation and illiteracy. 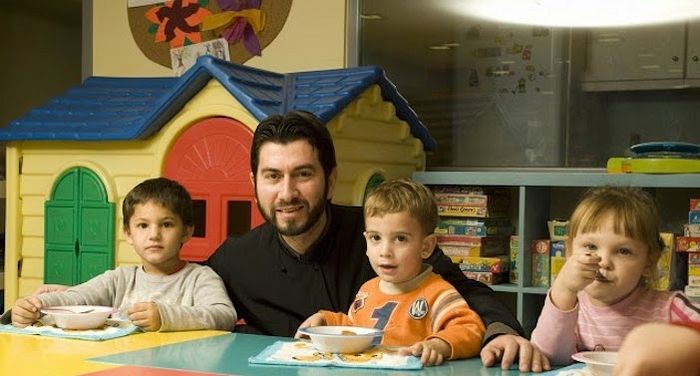 Fr. Antonios with children at Ark of the World


6) Although Ark’s main focus is the well-being of abandoned children, emphasis is also placed on keeping families together and when possible, not institutionalizing children— but keeping them with their mothers. Homeless and no income mothers, are supported financially on a monthly basis (rent, water and electricity bills etc.). Moreover, these mothers are helped to find a job in order to stand on their own two feet and be responsible for their children.

7) Ark is trusted for its transparency with its financial support by some of Greece’s most prominent institutions, including Olympiacos Athleteic Club, OTE Telecommunications, the Stavros Niarchos Foundation and other corporations and foundations. Despite this, the increased need makes funding key to maintain the organization’s services that it provides to an increasing number of abandoned children in the country.


8) The children at Ark are taught compassion and love— first and foremost. Many of the first admissions in 1998 are now university students, all of whom are back at Ark volunteering, since being welcomed into society on their own.

9) Ark’s kindergarten class, although mostly comprised of Greek children, currently has students from a dozen countries. They fondly refer to it as the “United Nations Kindergarten.”

10) And perhaps the biggest reason we’re supporting this center is that Greece’s children are her future— and Greece deserves a future, just as these children do. 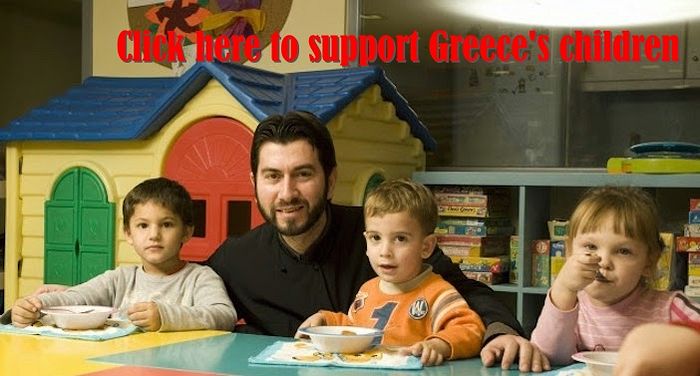 St Efthimios Keratsini and the Mission to Madagascar: Greeks in Need Giving to the Needy

St Efthimios Keratsini and the Mission to Madagascar: Greeks in Need Giving to the Needy
Father Constantinos, one of the priests in charge of coordinating the effort, when asked why Madagascar of all places replies, “It is important for a person in need to help. We have to pick one country to give to. If we have a chance to give, why not take it? The people in Madagascar are not different from us in Greece.” Archimandrite Panteleimon Shatov: ‘It is very gratifying that we have so many good and selfless people’

Archimandrite Panteleimon Shatov: ‘It is very gratifying that we have so many good and selfless people’
One girl went on her jeep to the Ivanovo region, then came back, loaded up again and set off to the same place again, then afterwards wrote detailed instructions for an ‘intelligence’ volunteer. One volunteer went to the Tula regions, where there are affected villages too, together with his teenage son and brought back a detailed report as well together with a map.
Comments

Frederica Sagiani 9/12/2021 5:39 pm
Dear Father Antonios, I am trying to follow the good deeds of your orphanage and I am having trouble looking at recent pictures and stories. Please update and continue to reach out to small and large donors. So glad to hear the Archbishop of America speak so warmly and humbly to the kids. He came as a refugee and never forgot it. But the speech was most inspirational for the youngsters there. Kindly post that visit and others on your website. This summer I visited the island of Xios and I would have loved to visit the orphanage, but no one mentioned the orphanage. The priests of Xios need to open up their hearts and arms to introduce us visitors to the plight of kids and especially orphan or poor kids. Thank you for the opportunity to share. With Regards, Frederica

Johnna Hepner9/6/2016 8:17 pm
Hello,
I am trying to reach someone at The Ark of the World as our leadership group will be traveling from the US to Athens in late Oct/Nov. We would like to visit the orphanage and family center during our time in Athens. The leadership program is called California Ag Leadership Foundation (www.agleaders.org).

If I could have a contact name and e-mail address that would be greatly appreciated.

Sandra Johnston 5/13/2016 12:09 am
My sister and I would really like to come and volunteer
To do anything that may help . Is that possible ?
Are you in need of volunteers for a short time .
We would be grateful for any information you could
give us .
As a grandmother and a mother I can not imagine
the pain of seeing my children hurting or to be
the pain of separation and loss .
Bless you for the work you are doing and the compassion
you share

Vasiliki Argeroplos5/3/2016 7:26 pm
I also held an event raised money for Kivitos in Maryland will be heading there this summer to deliver. Raised over 12k in cash and donations.
My charity is okay to play llc. My brother and I started it over 4 years ago.

Maria N. Makrinos in memory of Michael Tsakos of Athens2/21/2016 10:03 pm
Can you adopt a family by taking over living expenses or do you prefer a donation to your organization and your dispensing the funds to whoever you feel is in the most need?
×