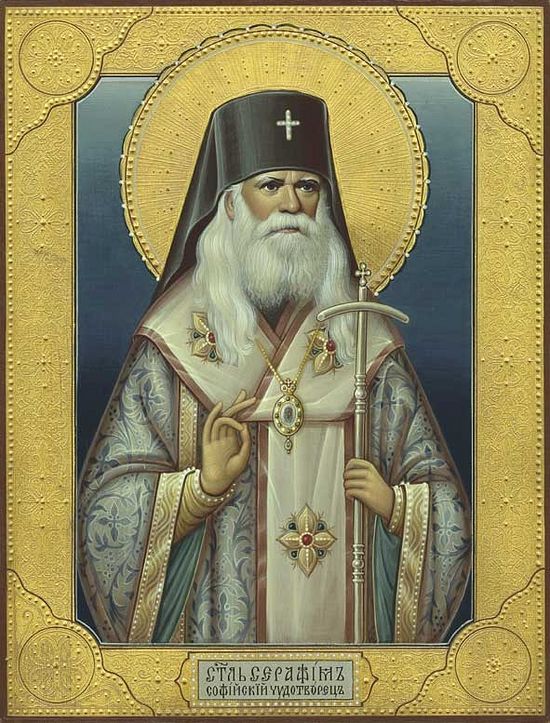 On February 3, 2016, the fifth plenary session of the Holy Council of Bishops of the Russian Orthodox Church, held at Christ the Savior Cathedral in Moscow, the proposal to canonize Archbishop Seraphim (Sobolev) was deliberated upon.

Participating in the session was a delegation from the Bulgarian Orthodox Church, including His Eminence Metropolitan Ioann of Varna and Veliki Preslav, His Grace Bishop Arseny of Znepolsk, Vicar of the Plovdiv Metropoliate, and Archimandrite Feoktist (Dimitrov), representative of the Bulgarian Patriarch to the Patriarch of Moscow and All Russia.

Speeches on the life and veneration of the holy hierarch were read by His Eminence Metropolitan Ilarion of Volokolamsk, Head of the Department of External Church Relations of the Moscow Patriarchate, and Metropolitan Ioann, co-chairmen of the Joint Commission of the Russian and Bulgarian Orthodox Churches on the Canonization of Archbishop Seraphim.

The Council members then sang the exaltation to the newly-glorified saint.

His Holiness Patriarch Kirill then gave Metropolitan Ioann an icon of St Seraphim painted at St Petersburg Theological Academy as a gift to the Bulgarian Orthodox Church. Testimony to miracles performed by Archbishop Seraphim (Sobolev) being collected in Sofia for his canonization
The Representation of the Russian Orthodox Church in Sofia—the St. Nicholas Church, popularly known as “Russian church”—is collecting testimonial from people who have received miraculous help from ever-memorable Archbishop Seraphim (Sobolev), necessary for his canonization. The Sofia, Bulgaria, Podvorie of the Russian Orthodox Church Prayerfully Commemorates Archbishop Seraphim (Sobolev)
On December 1, 2011, with the blessing of His Holiness Patriarch Kirill of Moscow and All Russia, a commemorative Liturgy for Archbishop Seraphim (Sobolev) of Bochugarsk was celebrated at St Nicholas Church (a podvorie, or metochion, of the Moscow Patriarchate) in Sofia, Bulgaria.
Comments

Fr. Peter Heers2/4/2016 12:51 am
THANKS BE TO GOD!
Wondrous is God in His Saints!
Everyone must read his wonderful writings, especially those against the heresy of syncretistic ecumenism.
×