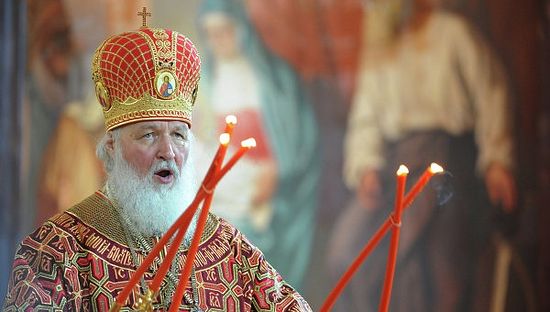 Among the topics considered in the preparation process for the Pan-Orthodox Council are autonomy and the means of granting it, as well as autocephaly and the means of granting it. In his report to the Bishops’ Council of the Russian Orthodox Church, His Holiness Patriarch Kirill of Moscow and All Russia introduced the bishops to the progress of pre-council preparations.

He noted in particular that the agreed draft document on Autonomy and the Means of Granting It reconfirms the right of each autocephalous Church to grant a particular degree of autonomy to her particular part, except for the diocesan structures located in the Orthodox Diaspora regions.

Speaking in detail on the topic of "Autocephaly and the Means of Granting It," His Holiness said, "Our Church, among a number of other Local Churches, has repeatedly insisted that the elaboration of this topic should be completed and the draft document should be submitted to the Pan-Orthodox Council. The Inter-Orthodox Preparatory Commission reached already in 2009 an agreement in principle concerning the procedure for granting autocephaly. In the first place, the consent of the Mother Church shall be obtained, to be followed by a pan-Orthodox consensus. After that, the Tomos of Autocephaly shall be issued, signed by the Primates of all the existing universally recognized autocephalous Churches."

The only item remaining unresolved is the order of signing of the Tomos. Patriarch Kirill is confident that "certainly, this issue can be agreed upon as well if the study is continued."

He said that in his opinion it is important that there is already a common understanding of the need for consensus among all the Churches, excluding any unilateral actions in granting autocephaly.