Greece should keep the tradition of Mount Athos, despite EU pressure 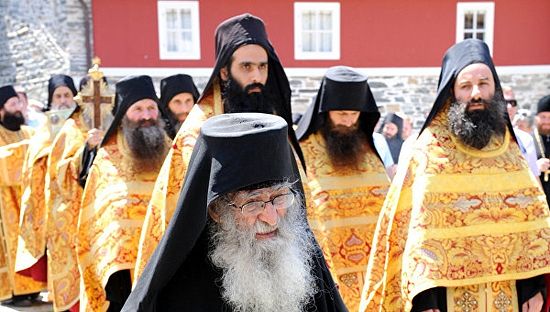 The Russian Orthodox Church (ROC) hopes that Greece will not succumb to pressure from a number of European parliamentarians and officials, and will preserve the spiritual tradition and history of Athos's status as a multinational center of the entire Orthodox world, said Archpriest Igor Yakymchuk, a representative of the Department of External Church Relations of the Moscow Patriarchate (DECR) at a press conference on MIA "Russia today" on Friday.

"This issue is an internal affair of the Greek Republic and the European Union has the right to legally intervene, although, of course, all these years we have seen the pressure exerted on Greece, that the status of the Holy Mountain should be changed," said the head of the secretariat for inter-Orthodox relations ROC DECR.

Yakymchuk expressed hope that "this pressure does not lead to bad results, because the Holy Mountain has retained to this day its unique spiritual tradition that has been separated from the rest of the living world, and we do not want it to lose this tradition," said the priest at a briefing dedicated to the celebration in 2016 of the 1000-year anniversary of the presence of Russian monasticism on Mount Athos.

Mount Athos, a peninsula in northeastern Greece, is a special self-governing administrative unit within the Greek state with the center in the town of Karyes. It is one of the main places of pilgrimage in the Orthodox world and has kept unchanged the ancient monastic way of life. Entry onto the territory of Mount Athos for women is a criminal offense, punishable by up to one year in prison. michael jovanovich6/1/2016 4:07 am
In the name of man-hating feminists, the EU wants to destroy Orthodox monasticism.

Ted2/10/2016 4:07 am
The EU has no business legally or otherwise making demand on the
Holy Mountain. When Greece entered the then European Community,
Athens specifically raised the issue of Mount Athos and agreements
were reached that excluded the Holy Mountain from European laws
applying elsewhere throughout the European Community-Union.

Ultimately, the EU demands on Mount Athos have nothing to do with
law but with political correctness and secular intolerance. The
prohibition on women has nothing to do with discrimination and
everything to do with tradition and the Monastic ways of life that
have governed the Holy Mountain throughout history. The Holy
Mountain is dedicated to the Holy Theotokos the Mother of God,
so none can reasonably claim the Monasteries are against women.

Ted2/7/2016 5:05 am
The European Union has no business interfering with Mount Athos.
The European Powers have meddled in Greece's internal affairs for too
long and this has been detrimental to the Orthodox Church of Greece.
The Europeans have enough problems of their own to cope with.
What Greece needs is the strengthening of the Church which has
enabled Greece to survive under the Turks, Nazis etc…

The Monasteries of Mount Athos bother no one. On the contrary, their
prayers for the world and their Monastic life are to the benefit of the
world.