St. Paisios' Love and Defense of St. Isaac the Syrian "the Unjustly Accused" 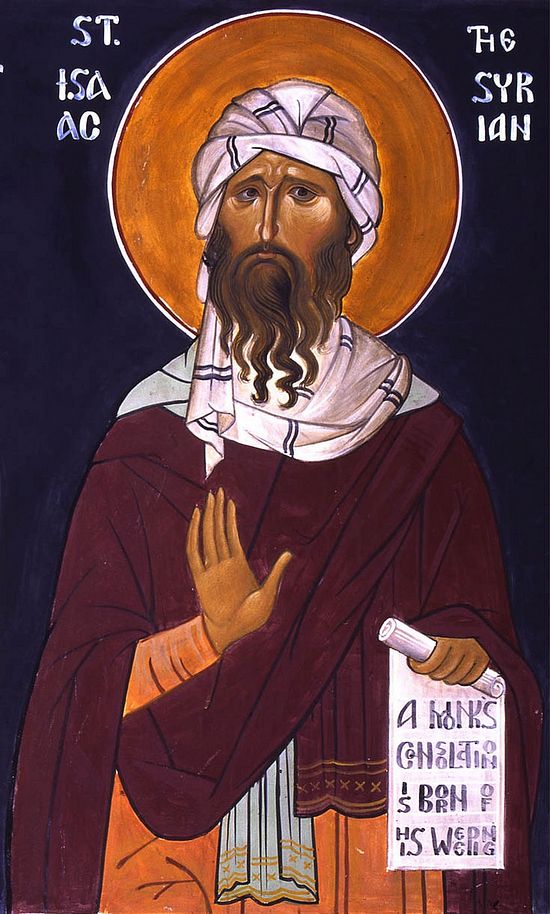 St. Isaac the Syrian, commemorated on January 28/February 10, is one of the most beloved saints especially among monastics in the Orthodox Church. The sayings and teachings found in his "Ascetical Homilies" show him to have been a man full of the Spirit, divinely illumined by the grace of God in the Church, which he attracted to himself through watchful repentance. His words have served as a continuing, patient inspiration for generations of monks and nuns, and laypeople, down to our very day. Elders of our own modern times, such as Elder Ieronymos of Aegina, have held a deep love for the person and works of St. Isaac and often counseled others to turn to him for instruction. St. Paisios the Athonite, one of the most beloved saints throughout the Orthodox world, held no less of a veneration for St. Isaac:

The Feast Day of St. Isaac the Syrian on September 28th

Not too many years ago Elder Paisios (+1993) sought to change this fact due to his great veneration for St. Isaac. He commissioned a service to be written in his honor and chose to celebrate his feast on September 28th. The Service was written by the eminent hymnographer Fr. Gerasimos Mikragiannanites (+ 2002). Today the feast of St. Isaac is celebrated on Mount Athos on September 28th.

Furthermore, the first church dedicated to St. Isaac was built on Mount Athos, in the cell of a monk of the brotherhood of Elder Paisios in Kapsala. 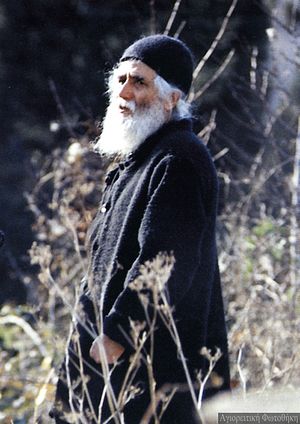 Elder Paisios, who would read the Ascetical Homilies of St. Isaac beneath the icon of the saint, would say of St. Isaac: "If anyone went to a psychiatric hospital and read to the patients Abba Isaac, all those who believed in God would get well, because they would recognize the deeper meaning of life."

"First you must read the Gerontikon, Philotheos History, and Evergetinos. All these books are practical not theoretical. Their simple patristic spirit and holiness will help you remove secular logic from your mind. Next, you should read Abba Isaac, and this way you will not see him as a philosopher, but as a man illumined by God."

It should also be noted that before the establishment of September 28th as the feast of St. Isaac by Elder Paisios, when he heard rumors that scholars accused St. Isaac of being a Nestorian, he prayed about this situation. Through divine revelation it was revealed to him that in fact St. Isaac was Orthodox and he wrote in his Menaion for January 28th the following words after the description of the feast of St. Ephraim the Syrian: "...and Isaac the Great Hesychast and much unjustly accused."

The text of the service dedicated to St. Isaac, commissioned by St. Paisios, can be found here. It is distributed by the Kalyva of the Resurrection of Christ in Kapsala on Mount Athos, where lived Fr. Isaac of Lebanon, a spiritual child of Elder Paisios. His ascetical tradition is maintained by Fr. Euthymios and his brotherhood.

One day, sitting at the bench outside of Stavronikita, the Elder was visiting with pilgrims, among whom was a high school teacher of theology. The theology teacher, repeating a popular Western error, claimed that Abba Isaac the Syrian was a Nestorian. Father Paisios tried to persuade him that Abba Isaac was not only Orthodox but also a saint, and that his Ascetical Homilies possess great grace and strength. But the Elder’s words were in vain: the theology teacher stubbornly insisted on his views. The Elder left for his hermitage, praying and so sad that he was in tears.

When he had come to a spot on the path near a large plane tree, something happened to him. These words, “something happened”, were the only description he gave us of the incident, not wanting to reveal the exact details. According to one testimony, he saw in a vision the choir of the holy fathers passing before him, and one of them, stopping, said to him, “I am Isaac the Syrian. I am completely Orthodox. The Nestorian heresy was indeed present in my region, but I fought against it.” We are not in a position to endorse or to reject the reliability of this witness. We know for certain only that the Elder experienced a supranatural occurence that confirmed with perfect clarity the holiness and total Orthodoxy of Abba Isaac.

Originally appeared in Elder Paisios of Mount Athos by Hieromonk Isaac p. 226, The Holy Monastery of Saint Arsenios the Cappadocian (2012).

The saints know one another, and recognize in one another the presence of Christ which divinizes the saint. Understanding that St. Isaac wrote, and lived, under the inspiration of the Spirit, St. Paisios could not abide the fashionable scholastic idea that St. Isaac was in fact not a member of the one, true Orthodox Church, but rather of the Nestorian Assyrian Church of the East. While many scholars today hold to this idea and believe it is some wonderful confirmation of the "openness" and fluid borders of the Orthodox Church, we see in St. Paisios how we should, in fact, approach this teaching. Love and truth are always inseparable and so St. Paisios, so full of love, also lived wholly dedicated to truth, and so, rather than rejoicing at such a notion, sought from God confirmation of the strictness and purity of not only St. Isaac himself, but thereby the boundaries of the Orthodox Church. Glorified as he is by the Orthodox Church, we know that St. Paisios was not a monk in delusion, and so in his testimony we know is found the truth. The Feast of St. Paisios the Athonite
Commemorated June 29/July 12

The Feast of St. Paisios the Athonite
Commemorated June 29/July 12
O beloved Father Paisius, thou that didst ascend the rungs of holiness and become perfect in virtue, therefore gaining boldness before our Merciful God, do thou pray to Him, Whom thou didst serve unceasingly all thy life, not to let us perish for the multitude of our sins, but to turn us back to blessed repentance.

What St. Porphyrios of Kavsokalyva and St. Paisios the Athonite Said About Each Other
Hieromonk Christodoulos the Athonite
One morning in 1981, when I was a young monk, I went to see Elder Paisios, to ask him if there was another contemporary holy elder through whom Divine Grace was at work...
Comments
×