What is Christian literature? God’s truth, wherever you find it 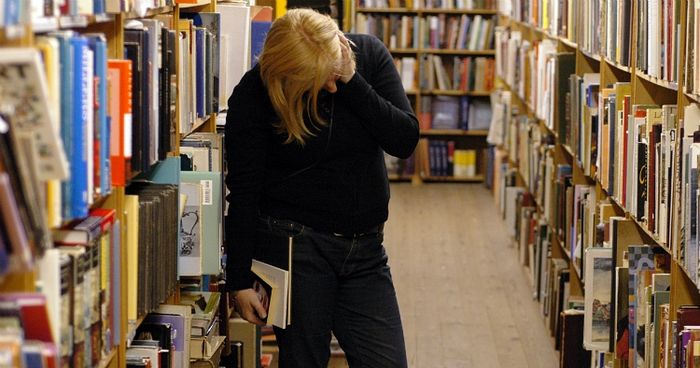 In a 1997 interview with Books and Culture, William F. Buckley Jr. was asked what thinkers influenced him theologically. “I’m a theological novice,” he answered, “but I simply assume that the Christian prism tends to inform Christians, whatever they are reading.”

All literature, in other words, has the potential to be Christian literature. Believer can find the good, true, and beautiful thumbing through most any book—or at least be reminded of those things by their absence. Indeed, there’s a long tradition of Christians devouring literature by non-Christians for both education and enjoyment.

Moses knew the Egyptian library and Daniel the Babylonian, but the most famous picture of this is the apostle Paul on Mars Hill. Surrounded by idols, enveloped with pagan superstition, Paul didn’t quote Leviticus or Isaiah. He shared the gospel with pagans by citing more pagans, namely the astronomer Aratus and his poem The Phenomena: “In him we live and move and have our being” (Acts 17.28).

What? you exclaim. The apostle Paul wasting time with comedies! Depends on what we mean by waste, right?

Paul was very familiar with pagan literature. He quoted it too ably and easily for his use to be contrived. He couldn’t run to a library and knock through a few dozen books looking for a choice line. He knew his stuff by memory.

Not only was Paul fluent in the cultural currents of his world, he undoubtedly found leisure, learning, and amusement in the works of pagan writers, too. I wouldn’t call that waste.

The reluctance and even refusal of some Christians to read widely has not only spawned an entire industry of alternative Christian media products, it’s also fairly modern. Pastors and Christian pundits of the last hundred years seem more likely to circle the wagons around explicitly “Christian” or “biblical” literature than their predecessors.

Many of the church fathers were classically trained and knew their way around the library. In his short address on the topic, Basil the Great references Hesiod, Homer, Solon, Theognis, Heracles, Prodicus, and others. Prodicus, says Basil, “is not a man to be rejected.” John Chrysostom, no raging fan of pagan literature, nonetheless found reason to recommend it to his congregation and assumed their familiarity regardless.

So why should Christians read non-Christians? Truth. Says Paul in his letter to the Philippians, a church in a Greek city drenched in pagan culture,

The operative word is whatever. It’s the most widely inclusive word available. If you find anything good, true, or beautiful, it may be employed and enjoyed. I like how Russian writer Sergei Fudel put it:

[W]e must not deny that a light may be suddenly perceived in this dark forest. If all people can be “God’s people,” then so can their poems and their writings. Everything is from Him, by Him, towards Him.

God's truth, wherever you find it

All truth is God’s truth, and we find something of God wherever we find it. In his Books and Culture interview, Buckley spoke of “the ubiquity of the Christian ideal.” Justin Martyr called it the logos spermatikos, the seminal word, the Truth of God that is spread throughout all of creation.

“For each [philosopher, poet, and historian] spoke well in proportion to the share he had of the spermatic word,” said Justin. They “were able to see realities darkly through the sowing of the implanted word that was in them.”

Because God’s truth can be found in the work of philosophers, poets, historians, and others Christians can identify and claim it. “Whatever things were rightly said among all men are the property of us Christians,” said Justin in a flash of spectacular and liberating presumption (Second Apology 13).

Justin’s train of thought was widely adopted by Christian thinkers and writers. “[A]ll branches of heathen learning have not only false and superstitious fancies,” said Augustine,

but they contain also liberal instruction which is better adapted to the use for the truth, and some most excellent precepts of morality; and some truths in regard even to the worship of the One God are found among them.

Referring to the Israelites leaving with treasures of Egypt, Augustine continued by saying that whatever truth the pagans have is “so to speak, their gold and silver, which they did not create themselves, but dug out of the mines of God’s providence which are everywhere scattered abroad.”

Stretching Justin’s point, Augustine counts reading pagan literature as a recovery of stolen goods. Christians should, he says, “claim it for our own use from those who have unlawful possession of it” (On Christian Doctrine 2.40).

Plus, the Bible doesn’t cover everything worth knowing. It’s notably short on medicine, music, geometry, genetics, animal husbandry, and aerodynamics—to randomly name a few omissions. There are millions more. Socrates Scholasticus notes the absence of the logic and rhetoric. Though scripture is inspired and contains doctrines “admirable in themselves,” he says,

[T]hey do not instruct us in the art of reasoning, by means of which we may be enabled successfully to resist those who oppose the truth. . . . It is well known that in ancient times the doctors of the church by unhindered usage were accustomed to exercise themselves in the learning of the Greeks, until they had reached an advanced age: this they did with a view to improve themselves in eloquence and to strengthen and polish their mind, and at the same time to enable them to refute the errors of the heathen. (Ecclesiastical History 3.16)

All that means if you find God’s truth in Menander, Mencken, Melville, or Manga you should feel free to use it for your edification. Of course, you may find things there that are less than beneficial too.

Hey, now. Not so fast

This is not to say that anything can be read indiscriminately. Buckley said the Christian view “tends to inform Christians,” but often it does not. Literature is made by more than authors. It takes readers and what they bring to the work. Interpretation is integral to the process. If a Christian doesn’t read as a Christian, they’re setting themselves up for problems.

Basil compared it to taking poison with honey. Indeed some combs contain more poison than honey, and Christians should be sensible to what they’re working with. To those who say that all things are permissible, Paul counters by saying that some things are unhelpful (1 Cor 6.12).

So how to proceed? “Greek literature certainly was never recognized either by Christ or his Apostles as divinely inspired,” explains Socrates Scholasticus, “nor on the other hand was it wholly rejected as pernicious.”

Instead, it was considered and judged. Quoting 1 Thessalonians 5.21, he says Christians must “prove all things, and hold fast to that which is good,” elaborating, “taking care . . . we do not adopt their sentiments, but testing them, reject the evil, but retain all that is good and true: for good wherever it is found is a property of truth.” Why Religion Is Always Public
Joel J. Miller
For all of its private aspects, religion is a public affair. Whether a person considers himself a cultural warrior or just a humble and faithful adherent, there are always social implications to belief.