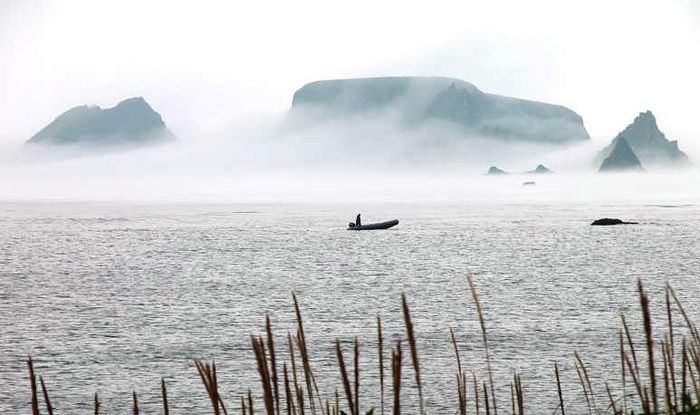 According to acting director of the Department for Inte-rethnic and Inter-denominational Relations and Work with the Public Associations of the Sakhalin region Vitaly Zagorodny, in the neare future two islands of the Kuril chain in Russia’s Sakhalin region will be named in honor of two holy hierarchs, reports the Prikhody (“Parishes”) website with reference to the Oblastnaya Gazeta (“Regional Newspaper”) of Irkutsk.

"St. Innocent (Veniaminov) first stepped on our land in August 1861, when his ‘Gaidamak’ clipper on which he was sailing from Nikolayevsk to Kamchatka was cast ashore," V. Zagorodny related.

"Several years ago we began to run an annual Orthodox youth camp on this site which gathers more than a thousand people. In the near future in order to perpetuate the memory of the holy hierarch we will name one unnamed island of the Sakhalin chain after him, and another one will be named after his disciple St. Nicholas of Japan." RUSSIA AND THE PROBLEM OF KURIL ISLANDS. TACTICS OF DEFENSE OR STRATEGY OF SURRENDER?
Natalia Narochnitskaya

RUSSIA AND THE PROBLEM OF KURIL ISLANDS. TACTICS OF DEFENSE OR STRATEGY OF SURRENDER?
Natalia Narochnitskaya
On the threshold of the current Russian-Japanese Summit talks Russian society follows every word of the leaders of Russia on so-called territorial problem with strained attention. So it did on November 14-15, 2004, when at first S. V. Lavrov, the Minister for Foreign Affairs and then the President himself confirmed “Russia’s allegiance to the commitments, arising from the Soviet-Japanese Declaration of 1956”. Mass media hack writers rushed for comments to diplomats and politicians, deputies from the Committee for Foreign Affairs of the State Duma and leaders of political parties to clear up whether this recurrent declaration is an illustration of willingness “to hand over the administration” of Southern Kurils or “to return” them to Japan.
Comments
×