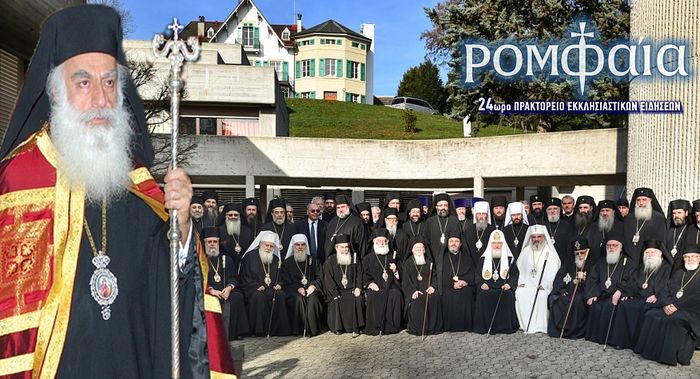 The message of the metropolitan, addressed to the Holy Synod of the Church of Greece, was published by the Greek news agency Romfea. In it His Eminence offers remarks on a variety of questions and expresses resolute protest against the fact that not every bishop will have the right to vote at the pan-Orthodox council.

“It cannot be considered a pan-Orthodox council in which not every bishop, but only the primates of the Local Churches participate, even if they have a sizable delegation,” writes Metropolitan Symeon.

“Reducing the number of participating bishops diminishes the authority of the council, and it cannot be considered a Holy and Great Council,” he continues.

His Eminence also pointed out that as not every bishop has the right to vote, but only Churches, the event proceeds contrary to Orthodoxy, which is characterized by democracy.

The Metropolitan of New Smyrna expresses regret that truly pressing questions which disturb Orthodoxy, such as that of the diptychs, autocephaly and the means of proclaiming it, and also the calendar question, are not included in the agenda.

He notes that for personal reasons he does not wish to take part in the delegation of twenty-four bishops which will accompany the primate of the Greek Church, Archbishop Ieronymos, to the council. In his opinion it should be chosen by secret ballot at a hierarchical meeting.

Recall that similar questions were posed by Metropolitan Athanasios of Limassol in his letter to the Holy Synod of the Church of Cyprus:

“I humbly express my disagreement with the fact that the practice of all Sacred Synods until the present, of allowing each bishop a vote, is abolished. There was never before a system of ‘one Church, one vote,’ which renders the members of the Holy and Great Synod, with the exception of the primates, mere decoration by refusing them the right to vote.”

Archbishop Ieronymos of Athens Abstained from Pan-Orthodox Council Due to Actions that Undermine the Church of Greece
His Beatitude Archbishop Ieronymos submitted a letter to the Holy Synod which demonstrates that his reasons for not attending the Pan-Orthodox Council were not "personal" but rather stem from actions that undermine the authority and reputation of the Church of Greece.
Comments
×