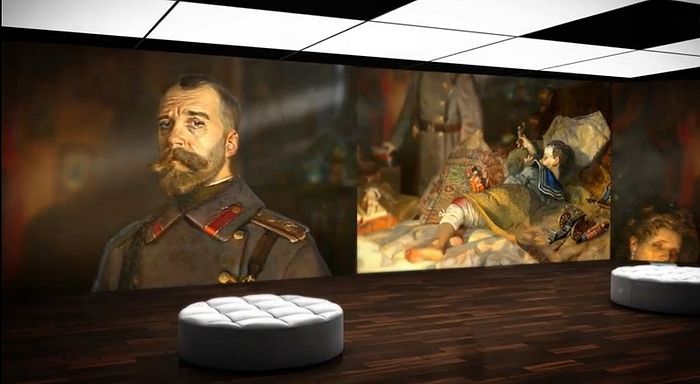 The Ural director Andrei Krupin is preparing a unique exhibition project entitled Living Pictures: Nicholas II. According to Krupin, this is the first innovative artistic multimedia exhibition about Emperor Nicholas II and his family. The exhibition will mark the 100th anniversary of the murder of Nicholas II and his family in July 2018. It will initially be held in Russia's three main cities: Ekaterinburg, Moscow and St. Petersburg. It will then tour the country with additional showings in Sochi, Perm, Tyumen, Krasnoyarsk, Crimea (Livadia) and Vladivostok.

Earlier this week Krupin sent a letter Prime Minister Dmitry Medvedev, asking for his support of the project.

Krupin notes in his letter to Russia's prime minister that "after the murder of Nicholas II, the Soviet government had blackened the name of the Emperor and wiped away his achievements. We want to remind Russians that during the reign of Nicholas II, Russia was a country of strength, power and prosperity. The exhibition project will contribute to the revival of the historical truth, because the history of Nicholas II, is still shrouded in many myths which we want to dispel."

"Nicholas II's abdication of the throne was a huge betrayal of everyone and everything. Even though he could have gone into exile abroad and live happily ever after, instead he refused to leave his homeland. As a result, he was murdered along with his family," he concluded.

According to Kuprin, the exhibition will be of a 45-minute audiovisual and will be an "excellent opportunity to delve into the history of our country and to learn more about the last Russian tsar and his family." The project will include vignettes from paintings of Emperor Nicholas II, by the Orthodox Artist Pavel Ryzhenko (1970-2014). The cost of the project is estimated at 400 thousand rubles, which will help pay for the preparation of the project and rental of exhibition space. Exhibit celebrates Orthodox Christian tradition
“We wanted to contextualize the icons within the Eastern Orthodox community and liturgical practice, so what I provided on the text panels next to the groupings of icons were excerpts from hymns and homilies and prayers that would give a little bit of context to people viewing the image of Jesus or Mary or the Resurrection." A Photo Exhibit Titled “Russians in Shanghai: 1930’s” Opens at the Cathedral of the Mother of God “Surety of Sinners” in Shanghai
Forming the basis of the exposition are materials from the photo album Russians in Shanghai, published by VD Zhiganov in that city in 1936. That edition consisted of three hundred copies. This unique encyclopedia of the Russian emigre community in Shanghai in the 1920’s and 1930’s was reprinted by Alfaret Publishers of St Petersburg in 2008.
Comments
×