The Muslim community in a Bulgarian village have raised funds and contributed their labour to restore a century-old Orthodox Christian church.

For the first time in decades, the bell of the small church in the village of Kozlets, in the southern Bulgarian province of Haskovo which borders Greece and Turkey, will peal again.

“It was possible that it would fall and bring down the roof with it. This very much worried the Christians in the village. So we decided to raise money,” village mayor Kadir Beynur was reported as saying by Bulgarian television station bTV.

The village of Kozlets has about 600 residents, of whom about a tenth are Christians.

Muslims provided the money for the repair of the belfry, and repaired the fence around the church. Further money was raised for renovations to the interior of the church, including the buying of curtains, bTV reported.

Built 100 years ago, with the whole village joining in the building, the Church of Archangel Michael is open again, as adherents of the Bulgarian Orthodox Church prepare for their faith’s holiest day, Easter, celebrated in 2016 on May 1 according to the Eastern Orthodox Christian calendar. 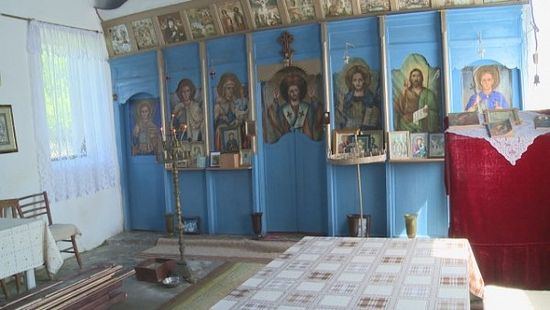 Now all that remains is for a canopy to be made for the church, to provide a place for people to wait out of the snow and rain if they arrive early before the church is unlocked – by Petar, keeper of the keys – for services.

There will also be a new garden. A businessman who bought the property next to the church has promised a donation of fruit trees.

Of Bulgaria’s national population of about 7.1 million, the large majority declare themselves to be Bulgarian Orthodox Christians. The next-largest religious grouping is Muslims, numbered in the 2011 census at more than 577 000, about eight per cent of the population. Archaeologists Discover Oldest Church of Medieval City Drastar in Bulgaria's Silistra
The ruins of what was the oldest Christian church from the period of the Middle Ages in the ancient and medieval city of Drastar (known as Durustorum in the Roman period) have been discoveredduring the continuing rescue excavations in Bulgaria’s Danube city of Silistra. 3rd Oldest Greek Orthodox Church for Sale in Turkey
A greek church is being sold in Moudania, Turkey for 200,000 euros. According to Turkish media, it is the third oldest orthodox church in the world. It is located in a small village in Moudania named Kumyaka.
Comments