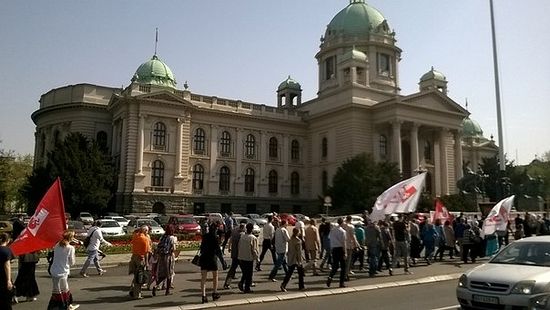 On the seventh of April a third pro-life cross procession took place in the Serbian capital city of Belgrade. The event had the blessing of His Holiness Patriarch Irinej of the Serbian Orthodox Church.

The procession took place in the centre of Belgrade. Its participants went around the Serbian parliament building (Narodna skupština) and delivered a petition addressed to the head of the parliament and dedicated to the necessity of banning abortion in Serbia. The petition was delivered by Radojko Ljubicic, the organizer of the procession and a famous Serbian pro-life activist. 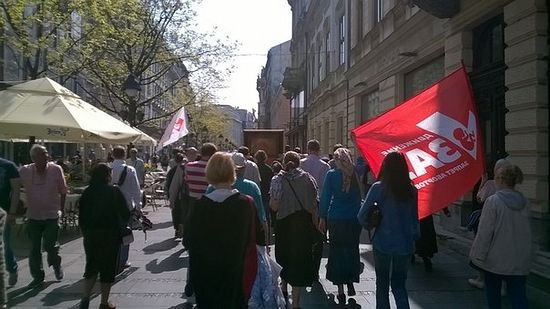 Later on the same day the conference “Natality or the death of Serbia” was opened in the Serbian Academy of Science. The conference lasted two days.

And on the ninth of April the presentation of a new pro-life documentary called “Athos – pro-life! The legacy of Saint Paisios of Mount Athos” for a Serbian audience took place. The film made by the Belarusian journalists Artem Mahakeev and Matvey Rodov in cooperation with Russian pro-life activists was presented in the cathedral of Saint Sava on the Vračar plateau in Belgrade. 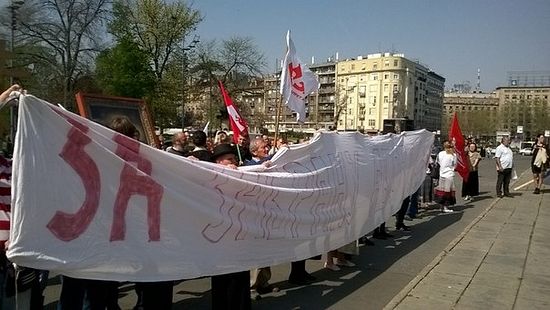 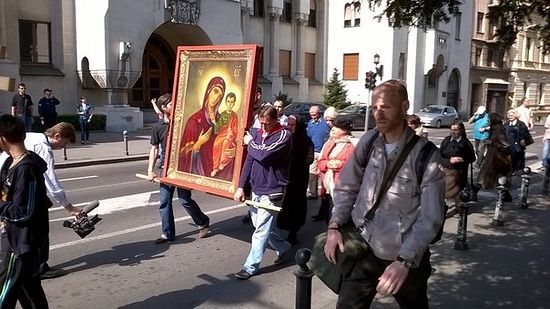 When Abortion Stopped Making Sense
Frederica Mathewes-Green
In time, it’s going to be impossible to deny that abortion is violence against children. Future generations, as they look back, are not necessarily going to go easy on ours. Our bland acceptance of abortion is not going to look like an understandable goof. In fact, the kind of hatred that people now level at Nazis and slave-owners may well fall upon our era. Misplaced Gaze: A Response to the Recent Parades in Belgrade

Misplaced Gaze: A Response to the Recent Parades in Belgrade
A Monk of the Serbian Orthodox Church
In recent days, two processions have taken place in Belgrade, the capital of Orthodox Serbia. One parade decried the so-called injustices of homophobia, while the following day's parade decried the evils of homosexuality and sought to erase the defilement of the previous day’s parade. While in all honesty both sides have a point, my initial reaction was that both misplace their gaze, both identify really quite fringe elements as being the menaces of Serbian society. Belgrade meets the Ascension of the Lord with the city cross procession (+Photo)
This year several thousand people participated in the cross procession headed by Patriarch Irinej of Serbia, mayor of Belgrade Sinisa Mali, Crown Prince Aleksandar Karadjordjevic as well as an assembly of hierarchs and clergy of the Serbian Orthodox Church.
Comments
×