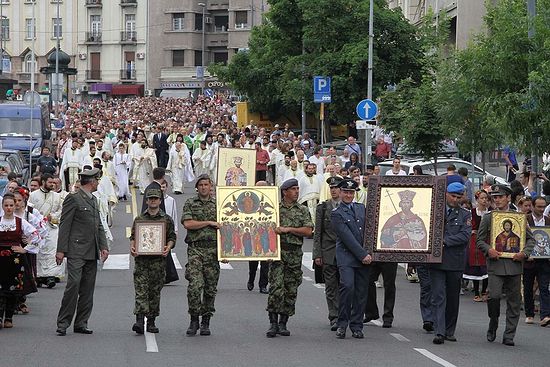 On May 21, the feast of Ascension of the Lord, a festive procession of the cross went through the Serbian capital’s central streets. The Patron-Saint Day (Slava) of the city of Belgrade is celebrated on this day. After the Divine Liturgy at the Ascension Church a solemn procession is held during which special prayers for health and prosperity of the city residents are offered up. 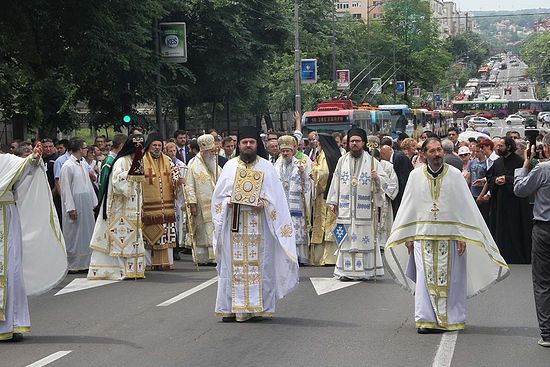 This year several thousand people participated in the cross procession headed by Patriarch Irinej of Serbia, mayor of Belgrade Sinisa Mali, Crown Prince Aleksandar Karadjordjevic as well as an assembly of hierarchs and clergy of the Serbian Orthodox Church. 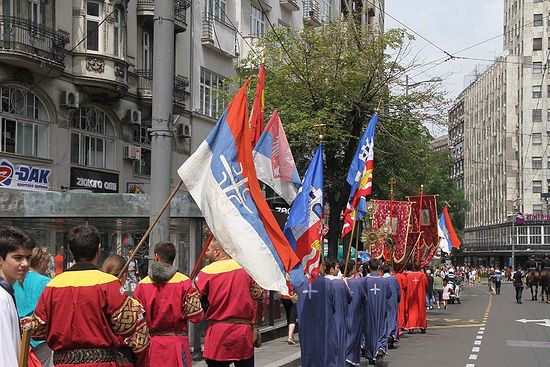 The precious cross and the flag of Belgrade of 1938 were carried at the head of the procession. As the Patron-Saint Day (Slava) of the city, the feast of Ascension of the Lord was celebrated for the first time in 1403, when the Serbian Despot Stefan Lazarevic made Belgrade the capital. The Slava of the city was not celebrated from 1946 and was restored only in 1992 with the change of the political regime when the state eased its pressure on the Church. 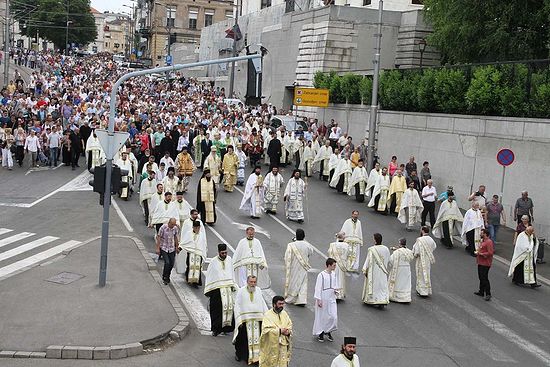 This year festal cultural events and concerts were organized the night before the feast at the Ascension Church courtyard. A solemn reception was held at the City Assembly (Old royal court) on the Ascension Thursday. 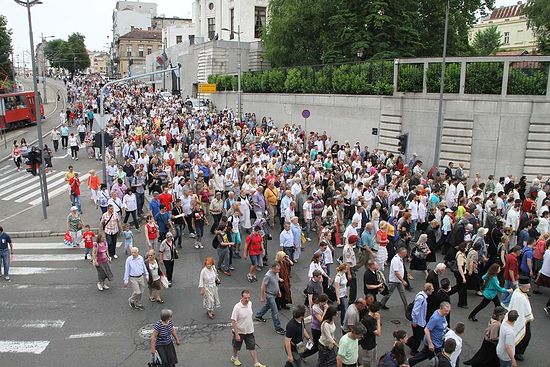 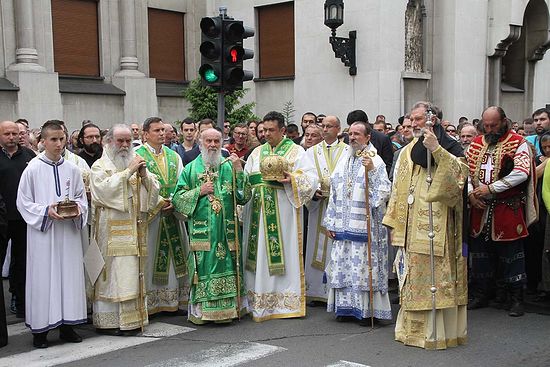 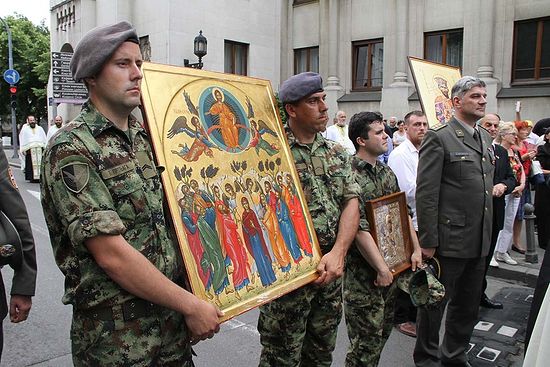 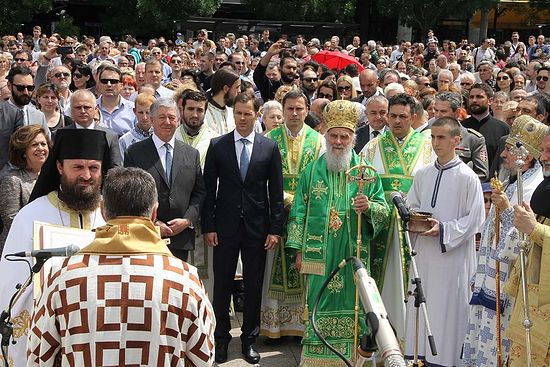 Despite 16,000 Strong Protest, Gay Parade Was Held In Belgrade Last Sunday
"7000 police officers plus the army and armored vehicles with a helicopter were deployed to protect 200 gays from the Orthodox Serbian people."
Comments