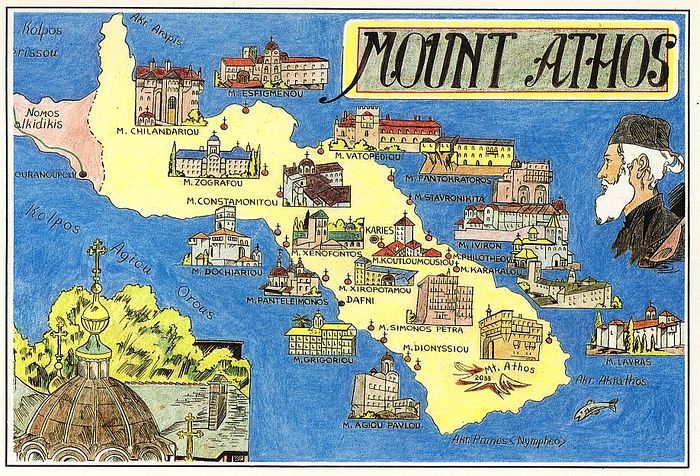 The Holy Monasteries of Mt. Athos have responded to the draft documents and methodology of the upcoming Pan-Orthodox Council with letters sent to the Holy Community of Mt. Athos which have been released to the public.

The documents prepared for the upcoming council were sent to the monasteries of Mt. Athos by the Patriarchate of Constantinople, and upon reviewing of the documents it was decided to hold a specially called meeting of the representative and abbots of the twenty monasteries, scheduled to take place after Bright Week.

As have several hierarchs, priests, and theologians especially from the Churches of Greece, Bulgaria, Georgia, and the Russian Orthodox Church Outside of Russia, the Athonite fathers have responded seriously and urgently, calling attention to several problems, including:

*the concilarity of the Church being undermined and a theology supportive of primacy being promoted (due to the limited participation of bishops and an excessive authority given to the primates of each of Local Church),
*an unacceptable ambiguity in the pre-synodical texts, allowing for interpretations which divert from Orthodox dogma,
*the basing of the dialogues on "the faith and tradition of the ancient Church and the Seven Ecumenical Councils," such that the subsequent history of the Orthodox Church appears to be somehow lacking or impaired,
*an attempt by some to gain pan-Orthodox confirmation of unacceptable texts by the World Council of Churches,
*and the unacceptable application of the term "church" to schisms and heresies.

Excerpts and full translations of the letters will be forthcoming.

Several of the letters sent to the Holy Community can be read in Greek here.

Greece: Another hierarch appeals to the Holy Synod concerning the Pan-Orthodox Council
Metropolitan Seraphim expresses his disagreement with the decision of the primates to invite to the Pan-Orthodox Council Catholic, Monophysite, and Protestant observers: “In the 2,000-year history of the Church there have never been non-Orthodox ‘observers’ at Local and Ecumenical Councils.” This practice occurred only at the First and Second Vatican Councils of the Catholic church, said Metroplitan Seraphim, specifiying. “Is it permissible for a Pan-Orthodox Council to take papal practices as its model?” asks Vladyka.
Comments
×