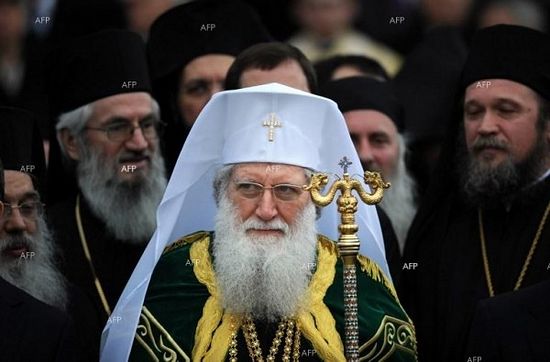 The Holy Synod of the Bulgarian Orthodox Church announced on Thursday April 21 policy positions stemming from its recent meeting and pertaining to the upcoming Pan-Orthodox Council to be held on Crete in June, reports The Sofia Globe.

In particular the Synod proclaimed, amending an earlier draft document, that besides the “Holy Orthodox Church there are no other churches, but only heresies and schisms, and to call these ‘churches’ is theologically, dogmatically and canonically completely wrong”.

Concerning dialogues with other Christian confessions in a search for “unity” the Bulgarian Church proclaimed that the Orthodox Church understands itself to have never lost and incapable of losing its unity, as those following heresies and schisms simply fall away from the Church, and “through repentance, they may be received into the Church … The Holy Orthodox Church, which is the one and only, never lost unity in the faith and fellowship of the Holy Spirit among Christians and as it will last until the end of the world, the Lord has said that ‘the gates of hell will not prevail against it.’”

The document put forth by the Holy Synod also gave thanks to God that the Bulgarian Orthodox Church had withdrawn from the World Council of Churches, in which it took part from 1961 until 1998, under Soviet coercion. The pastors of the Church proclaimed that they could not take part in any organization that views Orthodoxy simply as “one of many or as a branch of the One church, which seeks a way and struggles for its restoration through this World Council of Churches”.

The Synod quoted the Creed, saying that there was one God and one Church.

Metropolitan Gabriel of Lovech and all clergy of his diocese oppose document of the Pan-Orthodox Council
There are no other churches besides the Holy Orthodox Church, except for heresies and schisms, and it is dogmatically, theologically and canonically totally incorrect to call these organizations “churches”.

Patriarchate of Bulgaria: On the Pan-Orthodox Synod and the Appearance of Heresy as a Gift from God so that Orthodoxy can be proclaimed.
Dr. Desislava Panayotova
What helps us correctly confess and live Orthodox ecclesiology: The Orthodox teaching of the Church

Rick Harper, U.S. Army (Retired)4/27/2016 12:34 am
Very refreshing! Reading this article was like drinking a cold glass of water on a hot day. Glory to God!!!
The Bulgarian Orthodox Church remains true!
As a convert to The Holy Eastern Orthodox Church, this article means more to me than if I were born and raised in Eastern Orthodoxy.
The West has lived in the darkness produced by Rome and Protestantism long enough. Those of you who live in the East, please pray for the West.
Lord have mercy...bbbb

jean katimertzis4/23/2016 2:20 pm
Well the important thing is ones personal relationship with Jesus, who of course is the true leader of the Church (albeit in its many facets).

And as Jesus said - they shall be known by their fruit.

I notice the contemporary church is growing exponentially - changing neighbourhoods and even cities for God's glory.

As for the Orthodox church we have them to thank for protecting the west from the onslaught of Islam, and taking a stand against western atheism and political correctness.

Result we are all needed and God loves us all, and does not make the weird distinctions that errant humans do.

Rudy Carrera4/23/2016 9:27 am
The problem is the people are fleeing again from the terrible corruption in the Church, and are looking for other alternatives. This has to stop immediately.

Carl4/23/2016 12:22 am
Glory to God! Many years to the Patriarchate of Bulgaria. I'll now be waiting for the Russian Orthodox Church to make a similar statement.....