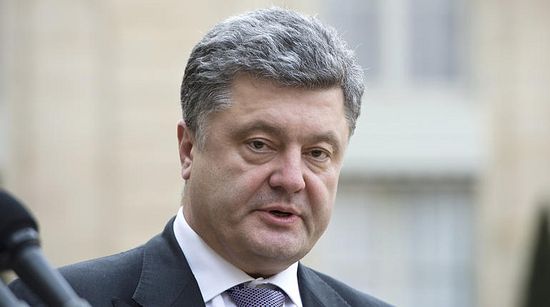 Ukrainian president Pyotr Poroshenko has reassured those who are concerned about the legalization of homosexual unions in the country.

"The head of the state said that homosexual marriages will not be legalized in Ukraine," press service of the Ukrainian Orthodox Church reports on the results of Poroshenko's meeting with officials of the Pan-Ukrainian Council of Churches and Religious Organizations.

At the meeting Metropolitan Onufry of Kiev and All Ukraine expressed his fears over the possible legalization of gay "marriages" in the country.

"It was noted that all members of the council share his concerns about the problem," the message reads.

On November 12, 2015, the Supreme Rada approved a draft law that introduced such terms as "sexual orientation" and "gender identification." Metropolitan Onufry earlier said that "such novelties can become the first step to promoting the homosexual lifestyle in Ukraine and attempts to legalize homosexual unions." Georgia passes bill to protect pastors from forced participation in gay ‘marriages’
House Bill 757, also known as the Pastor Protection Act, protects religious officials from being forced to imitate marriage ceremonies for same-sex couples and was approved in a 161-0 vote, moving on now to the Georgia Senate. UOC primate concerned about legalization of homosexual "marriages" in Ukraine
The Bishops' Council of the Ukrainian Orthodox Church again on January 29, 2016 urged the Ukrainian President to back up traditional moral values and protect people from promoting sinful lifestyles in society. Slovenians vote against same-sex marriage in referendum
Victory for conservatives backed by the Catholic Church, as a majority of voters in the former communist nation reject marriage equality
Comments
×