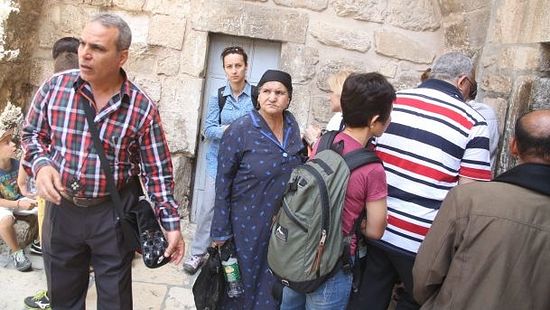 Around 6,000 Egyptians, almost all of them Coptic Christians, have entered Israel to attend the annual Holy Fire ceremony at Jerusalem’s Church of the Holy Sepulchre on Saturday.

There has been a sharp rise recently in pilgrimages to Jerusalem by Egyptian Copts, after the Coptic patriarch, Pope Tawadros II, in effect rolled back a ban imposed by a predecessor in 1980, in the wake of the Egyptian-Israeli peace treaty.

Tawadros himself visited Israel in November for the funeral of Archbishop Anba Abraham, the Coptic Orthodox Metropolitan Archbishop of Jerusalem and the Near East. The accession of President Abdel-Fattah al-Sissi in June 2014 also helped break the taboo against visiting Jerusalem. 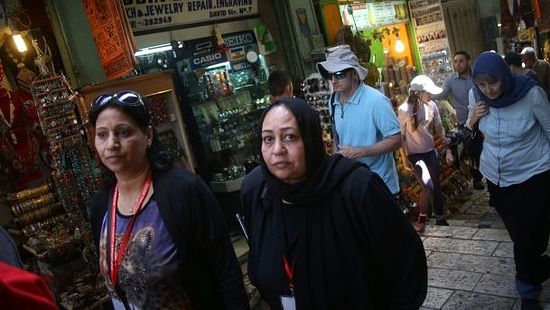 The Egyptians generally travel through Jordan to reach Israel and stay at hotels in Bethlehem. The typical visit is one week long and it focuses on Christian holy sites in and around Jerusalem.

The Holy Fire ceremony is considered one of the highlights of the Orthodox Easter rites. According to Orthodox tradition, the Holy Fire is a miracle by which light emanating from the tomb of Jesus in the Church of the Holy Sepulchre forms a column of fire that is used to light candles held by pilgrims and members of the clergy before being spread across the world.

Tens of thousands of worshippers from the Greek, Russian, Armenian and other Orthodox churches in addition to the Coptic Church are expected to take part in the ceremony. The rite is also a major event for the police in Jerusalem, who must protect the large crowds thronging the narrow alleys of carrying candles and torches while defusing any outbreaks of tension between the sects.

The Tourism Ministry has spent tens of thousands of shekels on preparations that include the placement of giant plasma screens in various locations around the city that will broadcast the ceremony.

The Military and Hospitaller Order of Saint Lazarus of Jerusalem, a lay order, will live stream the event to screens in Bethlehem and Beit Jala in the West Bank, in part so that worshippers who cannot enter Jerusalem due to Israeli restrictions can experience the Holy Fire. Amid Israeli restrictions, Holy Fire to be broadcast in Bethlehem