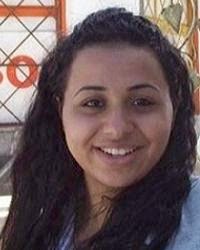 A Coptic Christian woman, 25, was pulled from her car and brutally beaten and stabbed to death by a mob of Egyptian Islamists who reportedly saw a cross hanging from her rear-view mirror.

The incident occurred in a suburb of Cairo, in an area called Ain Shams that’s known for its heavy Muslim Brotherhood influence, Breitbart.com reported.

An eyewitness said that Mary Sameh George was attacked just outside a church she was driving to in order to deliver medicine to an elderly woman. The Islamists reportedly jumped on top of her car and smashed through the roof, dragged her into the streets and beat and abused her so badly that pieces of her scalp were ripped off her head, Breitbart reported.

The Islamists reportedly stabbed her several times and slit her throat, the eyewitness reported. They then set her car on fire, Breitbart reported.

The ACMA also said: “Mary George was targeted for her faith in what is becoming an increasingly intolerable and inhospitable region for Christians, given that Ain Shams is a known stronghold for the Muslim Brotherhood.” Kidnapped Christian girl freed by special services of Egypt
The security service of Egypt succeeded in freeing a Christian girl who had been kidnapped by a terrorist group.