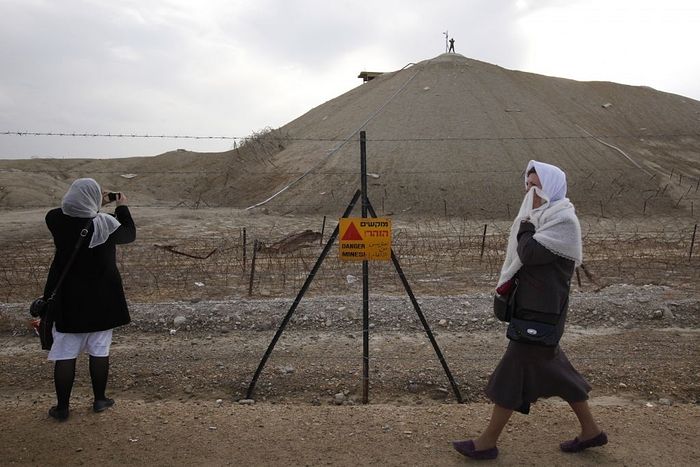 Qasr al-Yehud, the site where many Christian traditions believe Jesus was baptized by John the Baptist, will soon be cleared of some 4,000 landmines and other ordnance left over from the 1967 war and its aftermath.

The move, announced Monday, aims to allow pilgrims to visit areas inaccessible for nearly 50 years, blocked off by barbed wire fences intended to keep visitors from walking too close to the minefields.

Part of the site, located southeast of Jericho in the West Bank north of the Dead Sea, was cleared in 2011, allowing limited access for pilgrims and tourists, thousands of whom now visit the location each year, especially during the Epiphany holiday in January.

The mine-clearing project will be carried out by HALO Trust, a UK-based demining group that operates in 19 places around the world and has worked in the past to clear mines elsewhere in the West Bank.

The initiative has won the approval of both Israeli and Palestinian officials — a rare instance of agreement in the usually fractious relationship between Israel and the Palestinian Authority over Israeli-administered tourist and holy sites in the West Bank — and is eagerly backed by Christian denominations who see the location, an Israel-designated national park, as a holy site.

A sealed gate preventing visitors from approaching a church at Qasr al-Yahud, the Jordan River site believed by many Christians to be the site of Jesus's baptism. A sign on the gate reads "Danger mines!" in Hebrew, Arabic and English. (YouTube screen capture)

A sealed gate preventing visitors from approaching a church at Qasr al-Yahud, the Jordan River site believed by many Christians to be the site of Jesus’s baptism. A sign on the gate reads “Danger mines!” in Hebrew, Arabic and English. (YouTube screen capture) 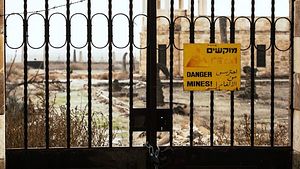 A sealed gate preventing visitors from approaching a church at Qasr al-Yahud, the Jordan River site believed by many Christians to be the site of Jesus’s baptism. A sign on the gate reads “Danger mines!” in Hebrew, Arabic and English. (YouTube screen capture)
Surveys by the group, together with the Israel National Mine Action Authority, part of Israel’s Defense Ministry, have estimated that some 2,600 anti-tank and a further 1,200 anti-personnel mines are buried at the site, alongside booby traps and improvised explosive devices.

The area is relatively small, but the difficulty of removing the mines means the project is expected to take some two years. The organization is looking to fundraise the estimated $4 million it will cost to complete the demining. To that end, it has produced two videos showing the churches at the site in which religious leaders urge support for the project. 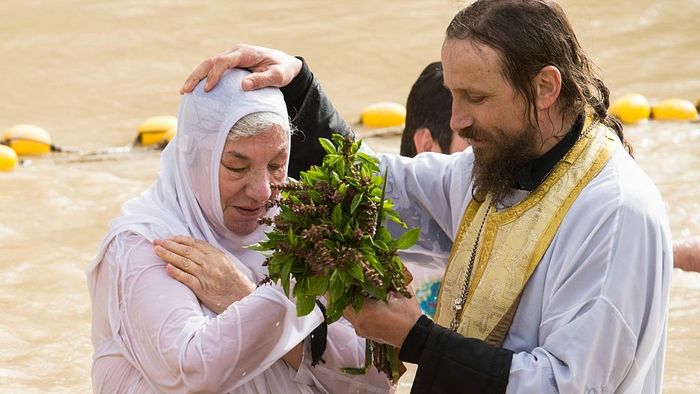 A baptism at the Qasr al-Yahud holy site on the Jordan River, where many Christian denominations believe Jesus was baptized. (HALO Trust)

“The HALO Trust has been demining in the West Bank for two years,” HALO CEO James Cowan said in a statement Monday, “during which time we have built bridges across religious, cultural and political divides. It is my belief that clearing this iconic site of landmines will benefit all humanity for centuries to come.”

Israel mined the area along the Jordan River following the Six Day War in a bid to prevent Jordanian tanks and infantry, as well as Palestinian fedayeen guerrilla fighters and terrorists, from infiltrating into Israeli-held territory and attacking Israeli settlements.

The mines were placed along many parts of the Israeli-Jordanian border, as well as on the Golan Heights.

According to The Wall Street Journal, there are “more than 35 square miles of land in Israel and the West Bank designated to be cleared of mines.”

The project is gaining attention due to the special holiness attributed to the site by a large number of Christian denominations, including the Catholic Church and many Orthodox churches. 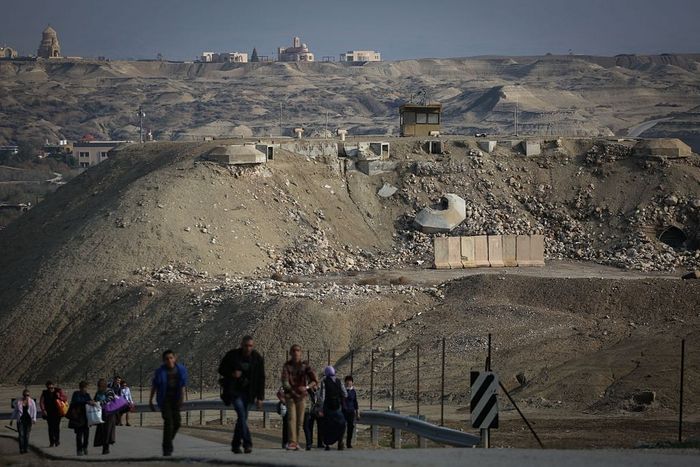 An IDF border guard post seen at Qasr al Yahud, near the Jordan River and the Israel-Jordan border, on January 18, 2015. (Hadas Parush/Flash90)

“It is a source of much pain that a traditional site of the Baptism of Christ is now a site scarred by the debris of war,” Archbishop of Canterbury Justin Welby, the spiritual leader of an estimated 85 million Anglicans worldwide, said in the HALO statement.

“In making the land safe again, the HALO Trust is bringing a symbol of hope to a region that struggles with deeply-held divisions. At the heart of the Gospel of Jesus Christ is a message of reconciliation, so it is an inspiration to see HALO’s work helping communities to overcome these divisions,” Welby said. 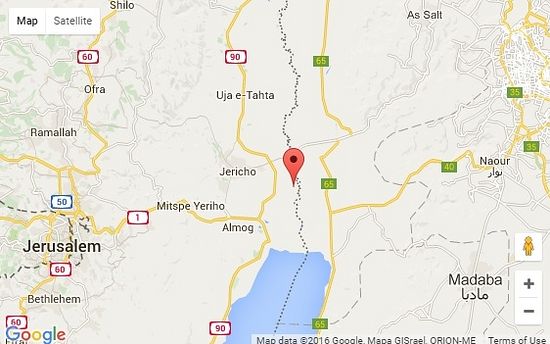 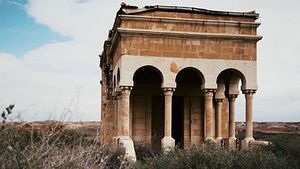 The Armenian Orthodox church at Qasr al-Yahud, the site on the Jordan River where many Christians believe Jesus was baptized. (YouTube screen capture)
According to The Wall Street Journal, the area to be cleared includes seven churches built near the baptismal site, most of them during the British Mandate period of the 1930s. The seven denominations that built the churches — the Coptic, Russian, Ethiopian Tewahedo, Greek, Romanian and Syrian Orthodox churches, as well as the Catholic Franciscan order — will finally be allowed past the barbed wire fences marked with “Danger! Mines!” signs that have prevented them from using the churches since 1968.

An eighth plot, belonging to the Armenian Orthodox Church but which does not have a church built on the site, will also be cleared. 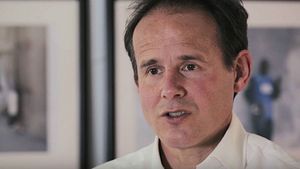 James Cowan, CEO of HALO Trust, a UK-based group dedicated to clearing landmines worldwide. (YouTube screen capture)
“The Franciscan church has a long tradition of worship at Qasr al-Yahud, particularly at Epiphany. Whilst we continue to do so today, our access has been limited due to the deadly legacy of landmines,” said Father Pierbattista Pizzaballa, the Franciscan order’s Custos of the Holy Land, head of the branch of the Catholic monastic order charged with safeguarding Christian holy sites in Israel and the West Bank.

“At a time when many religious sites are being destroyed in the Middle East, the clearance of these churches by the HALO Trust offers a powerful symbol of hope,” the Syrian church’s archbishop in Jerusalem, Mor Severios Malke Mourad, said of the project. It will “enable us to conduct mass and prayer in safety,” he added

The church buildings themselves are dilapidated from decades of neglect and perforated with bullet holes from the battles that raged in the area during the 1967 war. The Christian groups cooperating with HALO hope to be able to rehabilitate these structures and allow them to once again serve growing numbers of pilgrims to the holy site.