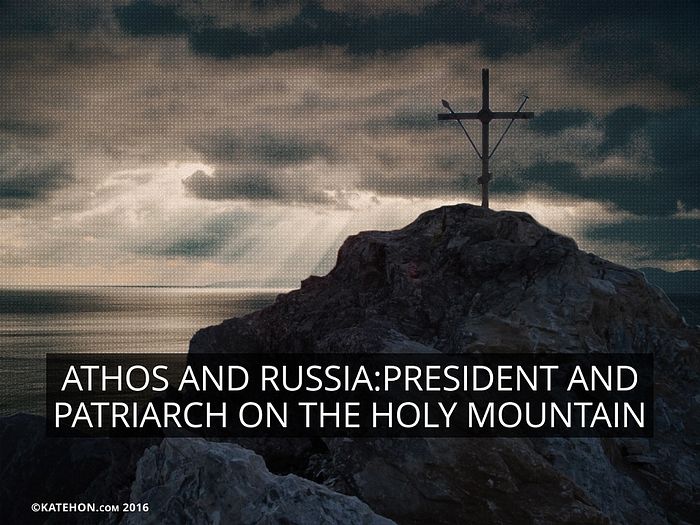 Mount Athos has a special status within the Orthodox world. Under the Byzantine Emperor Alexius Comnenus, the Athos monastic republic gained autonomy from the Patriarchate of Constantinople. Athos enjoyed self-rule even under the Ottomans. In modern Greece, Athos, as the "Autonomous monastic state of the Holy Mountain", also enjoys a special status. Athos, from a geopolitical point of view, is a unique state-like entity that does not fit in the territorial order of national states of the modern era. For traditional society, the special self-governing status of the holy places, marked by the special presence of the sacred, is a rather normative phenomenon. Modernity takes the issue differently. It unifies polity and deprives everything connected to religion of special status. It is called securitization. Even the ultra-religious Saudi Arabian Mecca, the holy city of Muslims, is devoid of autonomous status under the control of the Hashemite clan, which it enjoyed for more than 700 years. Athos is still a state within a state.

In the period between the First Balkan War of 1912-1913 and the signing of the Lausanne Peace Treaty of 1921, which recognized the sovereignty of Greece on the Athos peninsula, the transformation of Mount Athos in the territory under the control of all the Orthodox nations was actively discussed. The main engine of this idea was Russia. The fact that special attention was paid to Athos by the Russian Empire until 1917 is no accident, as well as the increased interest of the Russian authorities to the Holy Mountain after Vladimir Putin became Russian President.

Empire of the spirit

The legal specialness of Athos is a phenomenon unique in the modern world, reflecting its spiritual nature. Athos is important as the center of Orthodox spirituality and the region, which is under the direct control of God. This place brings together earthly and heavenly dimensions. From the point of view of secular geography - it's just a mountainous peninsula in northern Greece, but for the Orthodox believers all over the world - this place has a universal, ecumenical significance. Athos is the universal Orthodox monastic republic. On its territory you can meet representatives of all the Orthodox nations: Russian, Greeks, Romanians, Serbs, Bulgarians, Arabs, Albanians, Macedonians, as well as who took the Orthodox representatives of other nations and cultures and visit Russian, Serbian, Bulgarian, and Georgian monasteries.

The peninsula is under the omophorion of the Patriarchate of Constantinople, but is autonomous from it and condemns all its recent ecumenical innovations. Athos is a republic of the monks, as it is often called, and at the same time it is the universal Orthodox spiritual empire in miniature form. In this comparison there is nothing paradoxical, as the Byzantines inherited the Roman Empire and the Roman Republic, and at least formally retained some of the attributes of the former republican Rome. Getting to Mount Athos and becoming a monk, monastery worker, pilgrim, or a novice does not lose its former ethnic and national identity, but acquires a new, Byzantine one - universal and imperial. Athos is an orthodox empire of the spirit, which further contrasts against the background of the small peninsula, the symbol and embodiment of universal Orthodox spiritual unity.

This explains why so much attention was paid to Athos by sovereigns of countries applying for continuity of Byzantium, fallen under the blows of the Turks in 1453. Moldavian and Wallachian princes and rulers in Moscow sent rich gifts. But only the last, in the end, won the right to the Byzantine imperial status. Vladimir Putin was the first Russian ruler who visited Athos in history in 2005, thereby restoring the interrupted communication not only with the Russian imperial past, but also with the Byzantine heritage. The Russian President and the Patriarch’s joint visit to Athos demonstrates its Katehonical nature as a force orientated to the preservation of the Christian faith and Christian values in a godless world in the face of impending apostasy. Can you imagine that Western, nominally Christian leaders can undertake something like that?

Russia since its Christianization has always been closely connected with the spiritual life of Athos. The founder of Russian monasticism in Russia and the first monastery of Kiev Pechersk Lavra, Anthony of the Caves, for a long time lived on the Holy Mountain. From there the Athos tradition of eldership and tacit prayer spread throughout Russia. Its relationship with Russia Athos, as Ivan Kontsevich in his famous work "The acquisition of the Holy Spirit in the ways of ancient Rus' noted, was a fruitful source of spiritual activity in Russian monasteries themselves. The times when this relationship was weakened (XVII-XVIII), was characterized by religious discord in Russia itself (but not without the influence of the Greek and the participation of some afonites).

At the time when in Russia there was high a risk the emasculation of the inner spiritual essence of Orthodoxy, the substitution of Hesychasm by the purely external ritual side of Church life, or even secularization of Church and empire ascetics like the Nile of Sora and later Paisius Velichkovsky, associated with the Athos, restored delicate balance between the internal and external imperial power of the state, and the wealth of the church and the living experience of Orthodoxy, the epitome of which was the institution of eldership. St. Paisius’ threads of spiritual succession are already drawn to the Elders of Optina and St. Seraphim of Sarov. Thus, if we recognize that Russia was (and still is) Katechon, the force holding the world from the coming of the Antichrist, the Athos performed a Katehonical function in relation to Russia preserving the inner prayer of heart as a core and essence of Orthodoxy.

The flowering of Russian monasticism on Mount Athos began since the second half of the 19th century, and peaked during the reign of the last Russian Tsar. It is significant that disputes on the place of worship were at that time the focus of public attention, and even issue of the state policy. The "gunboat diplomacy", solution to the complex theological issue may be not the best method, however, it demonstrated the seriousness of the problem for the whole Russian society at the time - that Russia lived in religious philosophy, and Russian Athos lived in it. This Russian Athos, among other things, gave us a the wonderful Saint Silouan the Athonite and many other devotees, such as Archimandrite Sophronius Sakharov or Elder Tikhon (Golenkov), and mentor Saint Paisius Athonite. Spiritual activity in Russian Athos continued during the Bolshevik persecutions in Russia. Thus, Athos for modern Russia is a link with its own history, culture, and spirituality. Unlike most of us, Athos is not post-Soviet, it is namely Russian.

The geopolitical significance of the Russian president and Patriarch of the Russian Orthodox Church’s visit to Mount Athos lies not in the strengthening of Russian presence on Athos, but in the imparting of an explicitly imperial, Orthodox, and Byzantine meaning to foreign state and Church policy, and the acceptance of the Athonite imperial mission and Athonite zeal in faith in opposition to Western liberalism and lukewarm ecumenism. The joint symphonical Byzantine visits of the head of the Russian state and the Patriarch symbolically steers the movement in this direction. Patriarch Kirill served a Moleben in Xilourgou Skete on Mt. Athos
Xilourgou Skete (“carpenter”), dedicated to the Dormition of the Most Holy Theotokos is the first Russian Monastery on Athos, located on the eastern side of the Holy Mount Athos, an hour’s journey from Karyes. It is associated with the Russian monastery of St. Panteleimon on Mt. Athos. Patriarch Kirill consecrated the restored cathedral of Old Russikon on Mt. Athos
In honor of the celebration the brothers of St. Panteleimon monastery presented the Patriarch a gift of a picture of Old Russikon by the artist V. Nesterenko. For his part, the primate of the Russian Orthodox Church gave the restored monastery an Iveron Icon of the Mother of God.

President Vladimir Putin met with special honor on Mt. Athos
In response the president of the Russian Federation focused on the tight historical connection of Russia with the Holy Mountain and called pilgrimages to Athos a special blessing.
Comments
×