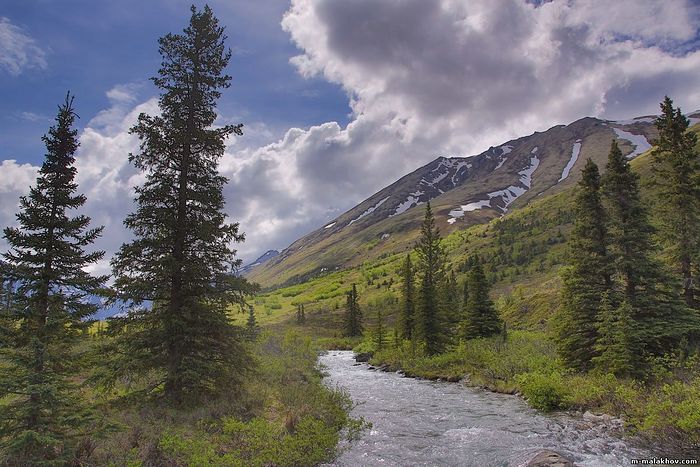 
An expedition of the Ryazan regional branch of the “Kodiak 2016” Russian Geographical Society has begun, reports Sedmitza.ru with reference to the regional government administration’s press service.

The travelers set out from the town of Kodiak (Alaska, USA), going to investigate the places associated with the Orthodox heritage of Russian America during the expedition.

Special attention will be devoted to the person of one of the first Orthodox missionaries of North America – St. Herman of Alaska (c.1757-1837; feast: July 27/August 9), a native of Russia’s Ryazan region.

In 1793 Venerable Herman joined the mission to Alaska. His missionary work was carried out on Kodiak Island. In 1796 building of the Church of Resurrection of Christ was completed there. There were a school and a bakery attached to it.

The native Aleut people of Kodiak were brutally exploited by the Russian-American trading company, and St. Herman became their main protector.

From 1807 the saint headed the mission on Kodiak and ran the school where some twenty boys studied. The elder taught them to read and write, the Law of God, Church singing, and to work on the land.

Between 1811 and 1817, seeking the solitary life, St. Herman settled on the deserted Elovy Island near Kodiak and called his abode "New Valaam." 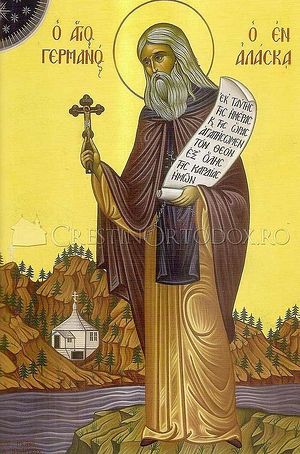 St. Herman lived in a dugout near which he built a log cell. He used a small bench as a bed, put two bricks under his head and covered himself with a plank. His clothes were the same both in winter and summer: a fur parka which he wore over his naked body, with a cassock, a ryasa and a klobuk over it, and boots. He also wore chains which weighed fifteen pounds. The ascetic ate very little: some fish and vegetables was his diet. He would at once distribute among the poor and orphans all that he obtained.

With time a chapel and a house for visitors were built close to the cell, and the house was also used as a school for orphans. During a flu epidemic in 1819 St. Herman was the only Russian man to visit the infected Aleut people: he consoled them by prayer, and confessed the sick before their death. On Sundays and Church festivals many Aleuts used to come and visit the elder on Elovy Island.

There is a story how the elder greatly impressed officers of the Kamchatka sloop who stopped on Kodiak during their circumnavigation in 1818. In 1807 the captain of the Russian Neva sloop, a Lutheran, embraced Orthodoxy after his meeting with this holy man. The saint encouraged the head of the Russian-American trading company to practice the Orthodox faith and later even to take up monasticism.

Afterwards St. Herman became the first Orthodox saint in America. In 1970 at the Cathedral of the Nativity of Christ on Kodiak Metropolitan Ireney of All America and Canada (1892-1981, head of OCA from 1965 till 1977) canonized St. Herman as Equal-to-the-Apostles. At the same time he was canonized by ROCOR and the Patriarchate of Moscow. Православная Аляска6/11/2016 5:26 pm
Further documentary evidence of the Orthodox heritage of Russian America in Alaska can be found at the "Alaskan Orthdoox texts" website:

These texts are in the Aleut, Kodiak-Alutiiq, Tlingit, Yup'ik, and Russian languages, and span from 1790 to the present day.
×