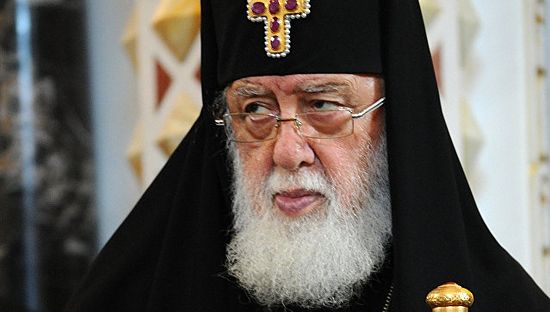 The Georgian Orthodox Church has decided not to participate in the Pan-Orthodox Council, because there are certain issues which it finds unacceptable, announced the Georgian Patriarch Ilia II, reports RIA-Novosti.

Earlier the Georgian Orthodox Church made public the eleven point agenda of the meeting of the Holy Synod, clarifying the reasons why it is not participating in the Council, including “the failure to restore eucharistic communion between the Antiochian and Jerusalem Churches,” and “that the recommendations of the Georgian Church on the necessity of amending a number of documents were not taken into account,” including the document “The Mystery of Marriage and Its Impediments,” and “The Mission of the Orthodox Church in the Modern World.” St. Basil lamented the situation of the Church in his day and saw it as the very reason that the frequency of Councils had declined. For St. Basil “estrangements” do happen between people, and the purpose of the Council is to help the disputants in face to face relationships to love one another. He didn’t see conflict as a reason not to have a Council, but a prime reason to have the Council.

kosta Langis6/13/2016 7:28 am
I have been yelling from the top of mountains that Bartholomew and most of his synod needs to be deposed. Where are the few courageous heirarchs to get the ball rolling?. The charges: violations of the sacred canons against joint prayers, the promotion of eastern papalism by twisting the words of canon 28 and interfering in territories not under EP jurisdiction, the heresy of ecumenism, the heresy of the branch theory as these texts clearly teach, the heresy of the new baptismal theology which purports that all baptisms are valid not because of the empty form but that it also imparts salvific grace. This demeans their very own Orthodox ordinations as the sacerdotal order no longer plays any role in the sacrament of baptism. A baptism in triple immersion performed by an Orthodox bishop is no different that Jimmy Swaggert sprinkling water three times.

Peter Karras6/13/2016 3:39 am
Why can't all of Eastern orthodoxy hold the very first pan orthodox council in living history just because of one disagreement of a few. This is a historic event in the history of Eastern Orthodoxy in the world not since that day in Dachau concentration camp that the pascal service that all of the Eastern orthodoxy nationalities were united as one for the resurrection of our lord Jesus Christ.

Timotheos 6/13/2016 12:05 am
How sad that Christians shepherds of church can't come together and talk.. bend you all must bend division is man made the work of the evil one ask yourself what would Jesus do or what you to do " were not going because blah Blah. Go talk sort out your differences pray pray pray come holy sprite fill the hearts of thy faithful
×