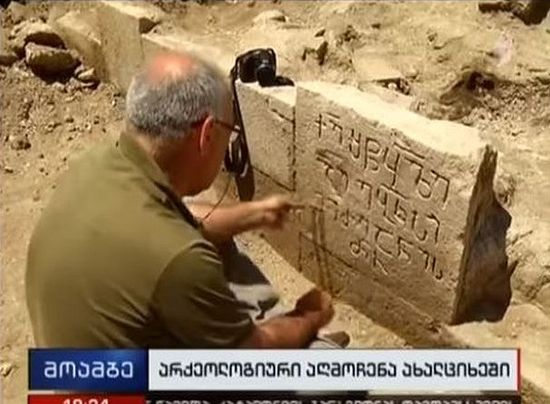 During archaeological excavations on the territory of Atskuri Church archeologists discovered the ruins of the unknown church of the Atskuri Virgin, attributed to the tenth century, as reported by Georgian television’s Channel One.

Archaeologists, art historians, and clergymen clarified that the church found under a layer of earth was built on the site of a non-Christians first-century temple, artifacts from which were also found during the excavation. 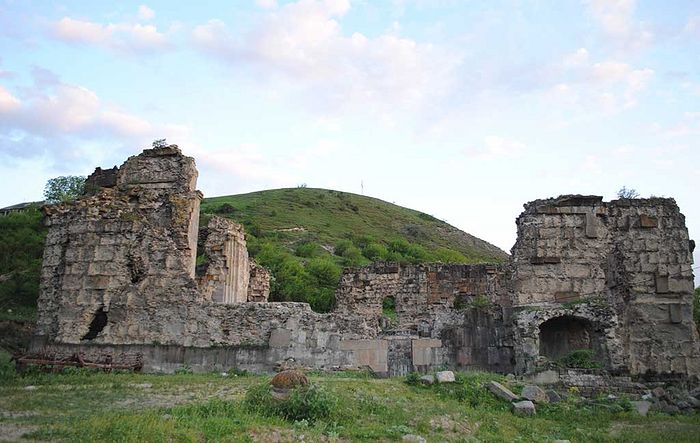 The church was found during the course of preliminary archeological digging in connection with the large-scale restoration of the Atskuri Cathedral planned for 2017.

Representatives of the Georgian clergy expressed the opinion that the Apostle Andrew the First-Called visited these places and was consecrated to the episcopacy in this sanctuary.

Note that Aktsuri was the medieval diocesan center for southern Georgia. The Travelling Hand: A 17th century royal martyr, Portuguese friars, a ruined Augustine church and a search that stretched on for over 25 years
Srinath Perur

The Travelling Hand: A 17th century royal martyr, Portuguese friars, a ruined Augustine church and a search that stretched on for over 25 years
Srinath Perur
The queen’s post-mortem travels may not be finished yet. Talks are on between the governments of India and Georgia, and who knows, it may not be long before Queen Ketevan’s travelling hand finally reaches home, 400 years after she left for Shiraz. Bone relic in Goa church might be from Georgian Queen: DNA study
The first ancient DNA study in South Asia has revealed that a 400-year-old bone relic kept in St. Augustinian Church in Goa is likely to be a remnant of Queen Ketevan of Georgia, who was born in a royal family in 1565 in the medieval period.
Comments
×