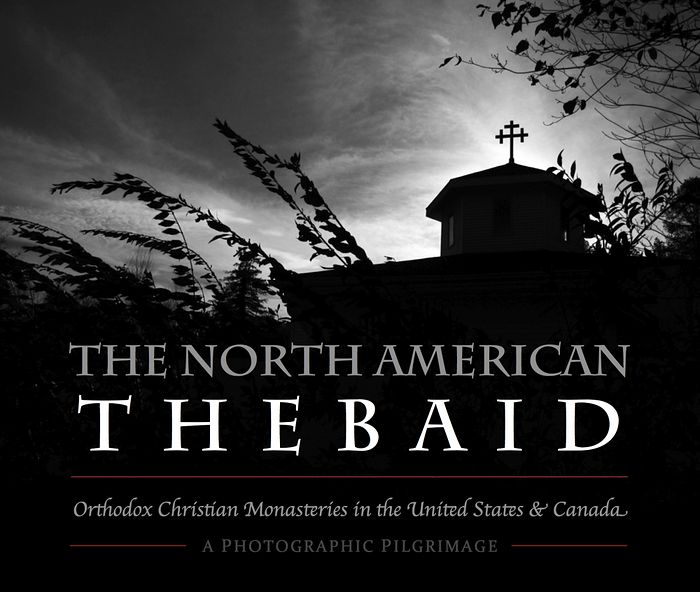 A unique new and inspiring project is being officially launched today.

The project "The North American Thebaid: a photographic pilgrimage to Orthodox Christian monasteries of the United States and Canada,” is to be one man’s two-year spiritual trek across the wide expanse of America and Canada, covering nineteen states, four provinces, and 19,000 miles from New York to California and from Florida to Alaska and culminating in the publication of a large format coffee table book of B&W fine art photographs, with select, inspiring texts, covering over two-dozen monastic communities in the USA and Canada from the OCA, ROCOR, Serbian, Greek and other jurisdictions.

Orthodox Christian, pilgrim, and photographer Ralph Sidway, who conceived the project during a three-month stay at St. Gregory Palamas Monastery (GOA) in Hayesville, OH, writes of the spiritual vision for this undertaking:

The goal is not a handsome photo book. Rather, the book is but a tool in service of the real goal, which is to help make the monastic life vividly and beautifully present and real, and to inspire our Orthodox brothers and sisters, especially young people and children, with the radical, martyric—but also joyful—call to follow Christ, which Metropolitan Tikhon spoke of in his 2015 AAC address, and which our monastic brothers and sisters faithfully strive to follow every day. Thus the Thebaid Project may be thought of as an internal missionary endeavor.

Essential to the success of the project is the prayerful support of faithful Orthodox Christians who have a love of the monastic life and the spiritual support it brings. Also, visits to parishes along the path of the pilgrimage are planned to present digital slide-shows of the monasteries where Mr. Sidway will live, pray, work, and eat with the monastic servants of Christ.

Additionally, funding will be sought through various grant applications next year, and all interested are encouraged to become partners and contributors through the project’s newly-launched crowdfunding campaign.

The project title and inspiration is taken from the deep history of Orthodox monasticism, largely beginning when fourth century Christians began to flee the world into the Egyptian Thebaid Desert in search of deeper prayer and closer communion with God. There blossomed the first hermitic movements as well as the first established monasteries. A thousand years later a “Northern Thebaid” grew up in the forests of northern Russia, chronicled in English by the St. Herman’s Monastery Press.

From this northern Russian wilderness the life-giving spring of Orthodoxy was brought to the American land by St. Herman, a monk of Valaam Monastery, and others. From this seed the Orthodox Church has slowly blossomed on the North American continent, giving rise to hundreds of parishes and a number of men’s and women’s monasteries, beginning with the 1905 founding of St. Tikhon’s Monastery in Waymart, PA. It is this flowering that Mr. Sidway seeks to chronicle.

The North American Thebaid project is undertaken with the blessing of Fr. Steven Kostoff of Christ the Savior-Holy Spirit in Cincinnati, OH, and His Grace Bishop Paul (OCA-Midwest). Mr. Sidway is an accomplished photographer of forty years with one full-length publication already under his belt: his retrospective coffee-table book Pursuing the Light—Forty Years of Photography.

For more information on the project, to subscribe by email, and to donate to the completion of the project, please visit the North American Thebaid site and its Crowdfunding page. Hermitage of the Holy Cross Monastery
You realize while on the journey, especially if it’s a pilgrimage, that it depends on God whether you make it to your destination or not. Every journey, begins and ends with God. Harrison, MT: Monks, local faithful help build new monastery
“Good things take time and patience to achieve, and the look and feel of these monastic buildings will reflect that philosophy,” Brother Ioann concluded. “The stonework especially will contribute a sense of groundedness and long-lived stability.”
Comments
×