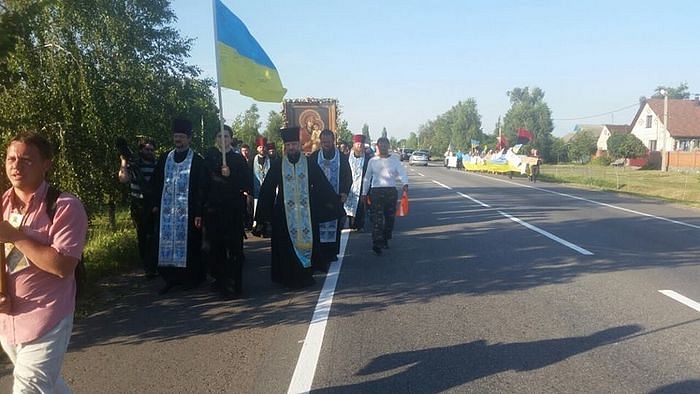 On the evening of July 12 young people in camouflage from “the Right Sector” extremist group along with paid activists arranged a provocation during the all-Ukrainian cross procession on the way from Svyatogorsk to Kiev, reports the Information and Education Department of the Ukrainian Orthodox Church (UOC MP).

On that day the cross procession participants were to walk from Valki to Chudovo and finally reach Poltava.

At the border of the Kharkiv and Poltava regions the faithful were met aggressively by extremists in automobiles along with several members of the Azov battalion. A column of the provocateurs walked parallel to the pilgrims, crying out rude insulting slogans and all sorts of slander, intimidating the faithful, and defiantly filming their own provocation. 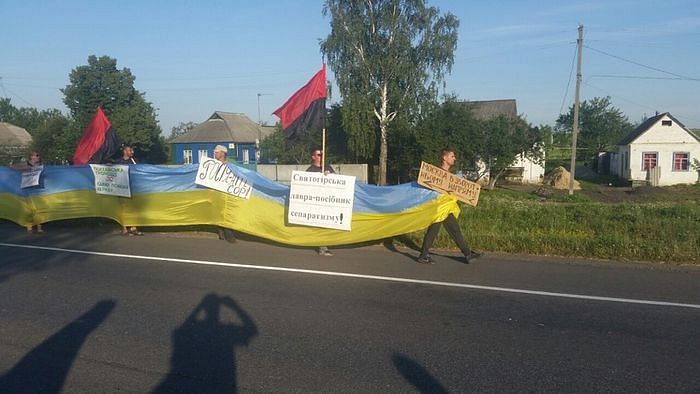 The believers did not respond to the provocation and were peacefully waiting for the arrival of Metropolitan Philip of Poltava and Myrhorod at the regions’ border.

Later, on their arrival to Chudovo where a prayer service was performed at a local church and food was prepared, the provocateurs continued loudly insulting the Orthodox pilgrims with impunity. Eventually, however, they hid their radical attributes and dispersed. The cross procession participants were greatly astonished that the locals who had taken part in the provocation received monetary reward from “the Right Sector” for their “action”. The Orthodox pilgrims were even more amazed when after it was all over, some of the provocateurs joined them for dinner at the same table!

The cross procession participants are currently moving towards Poltava.