For Peace in the Ukraine! 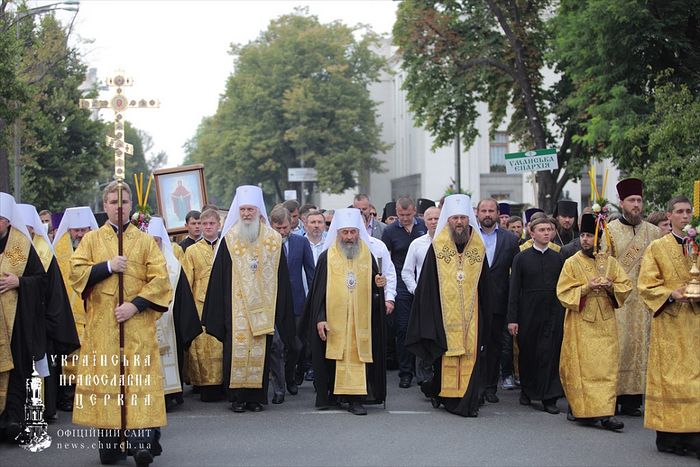 After serving a moleben on St. Vladimir Hill, the primate of the Ukrainian Orthodox Church His Beatitude Metropolitan Onuphry of Kiev and All Ukraine, together with bishops and clergy led many thousands of people in a procession with miracle-working icons to the Holy Dormition Kiev-Caves Lavra, reports the Information and Enlightenment Department of the Ukrainian Orthodox Church. 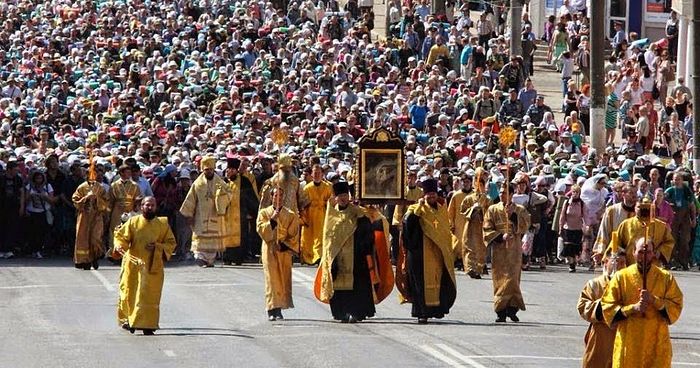 On June 26, the two processions coming from the the Sviatogorsk Monastery in the east and and Pochaev Monastery in the west of the Ukraine met in Kiev. On July 27, the processions met on European Square and completed their walk a the Holy Dormition Kiev-Caves Lavra. Kievans also met together with Orthodox faithful from all over the Ukraine on St. Vladimir Hill. 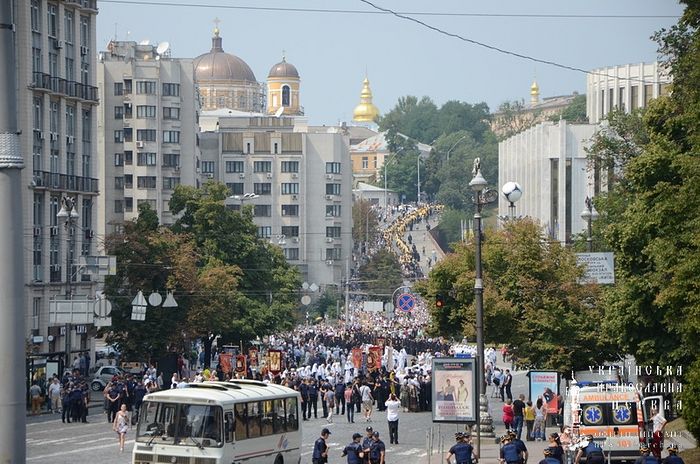 Initial estimates place the number of participants in the Baptism of Rus' celebrations on July 27 at over 80,000. The procession stretched over no less than three kilometers at twenty meters in width. 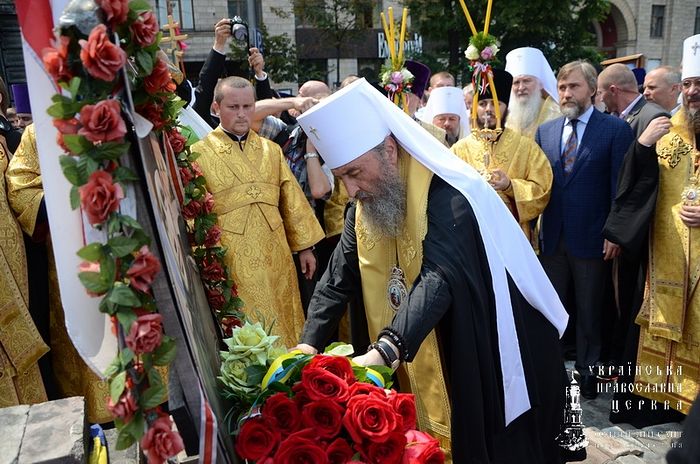 The large procession walked through the central streets of Kiev. At the veneration cross on Grushevsky Street, His Beatitude along with the clergy and faithful prayed for the repose of all those who died in the tragic events of February 2014. 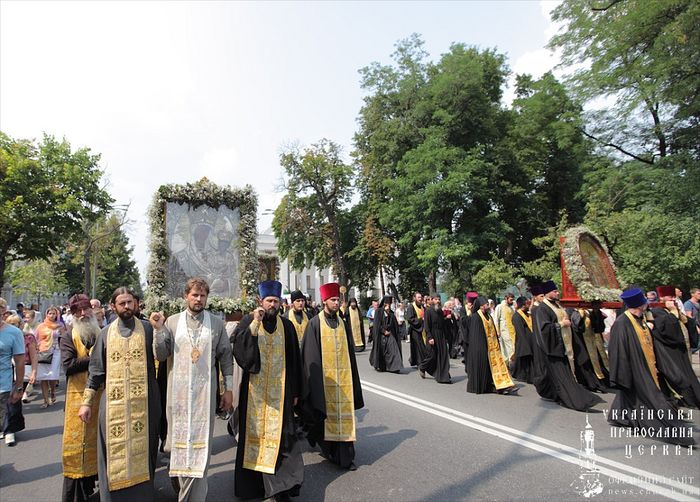 The All-Ukrainian cross procession was accompanied by miraculous icons: the main holy shrines of the eastern wing were the Sviatogorsk Mother of God icon, and from the west came the Pochaev icon of the Mother of God.

These and other icons from the East, West, South, and North Ukraine were carried to St. Vladimir Hill.

Also the icons of "Blessed Holy Mountain of Athos" and Saints Anthony of the Kiev Caves, which were brought to Ukraine by an official delegation of the Ukrainian Orthodox Church headed by its primate along with Mt. Athos monks in honor of the 1000 year anniversary of ancient Russian monasticism on Mt. Athos. 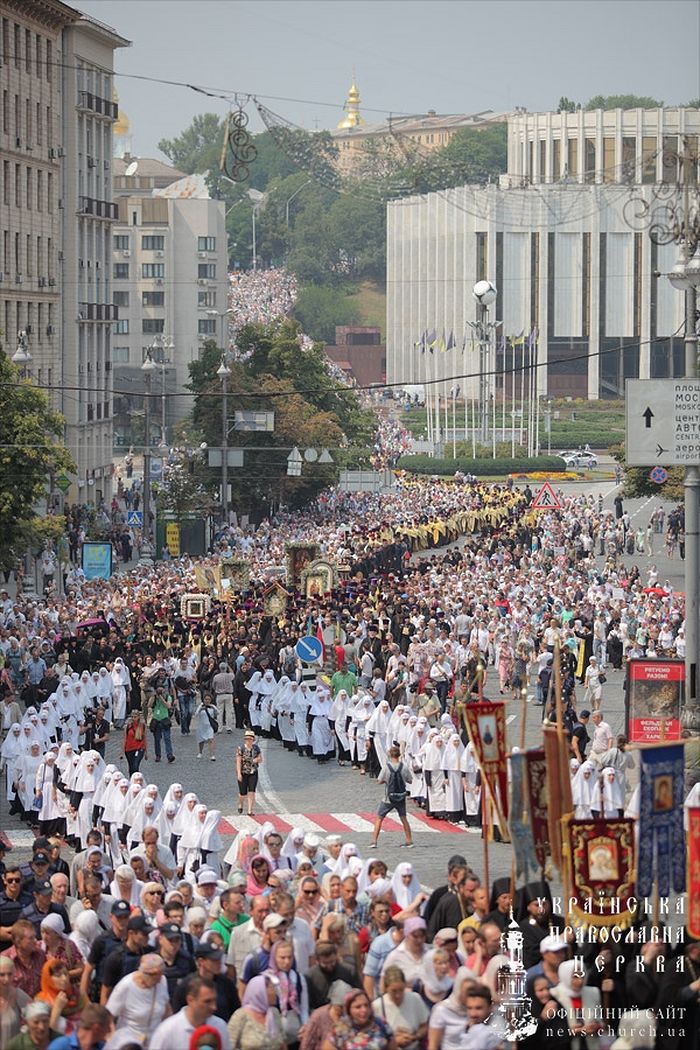 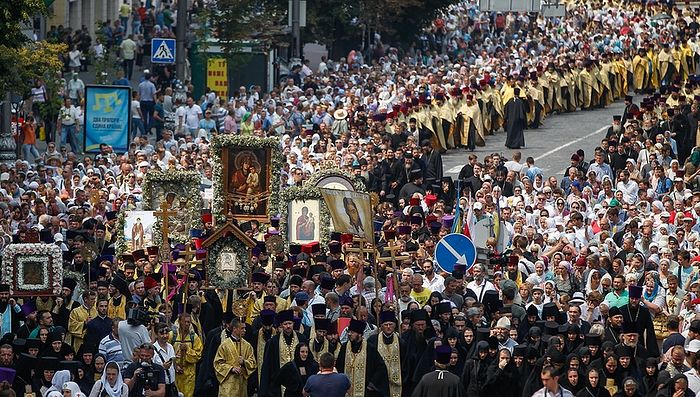 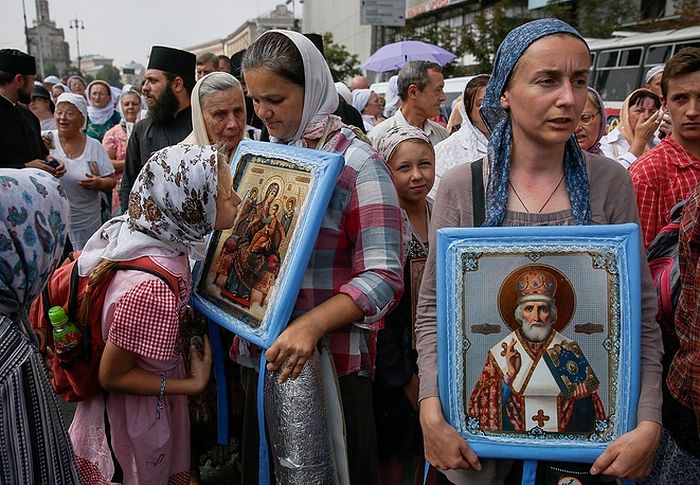 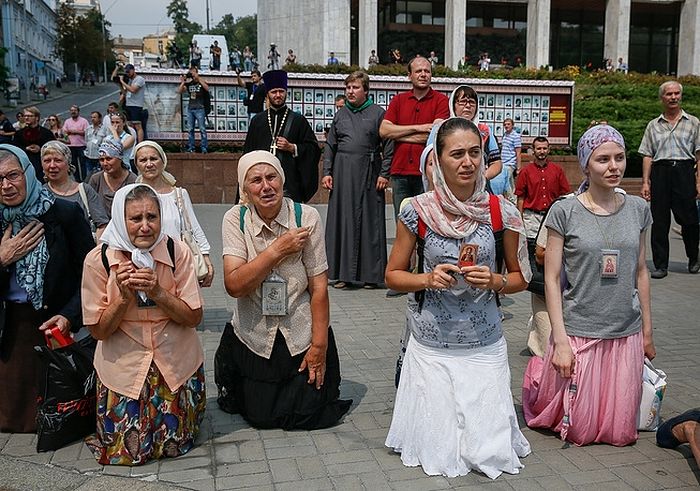 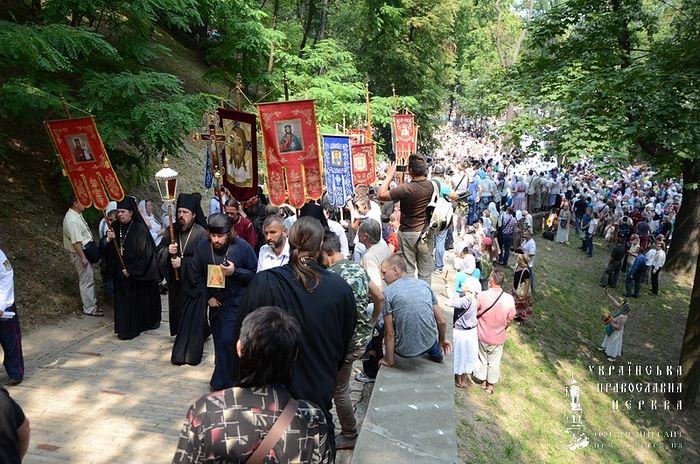 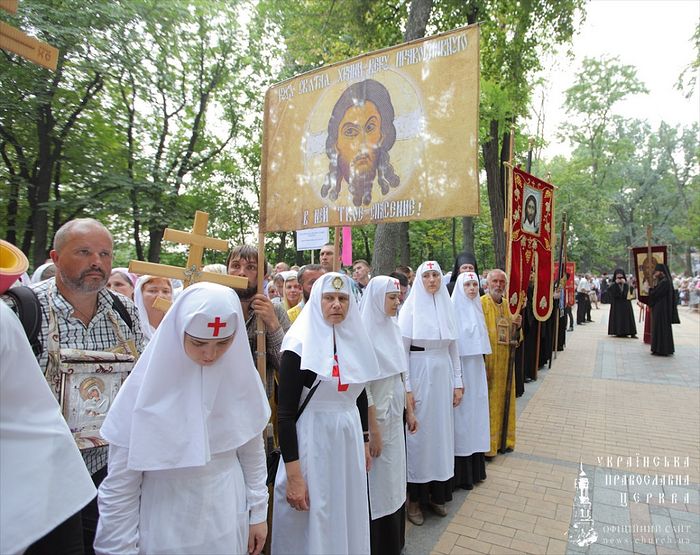 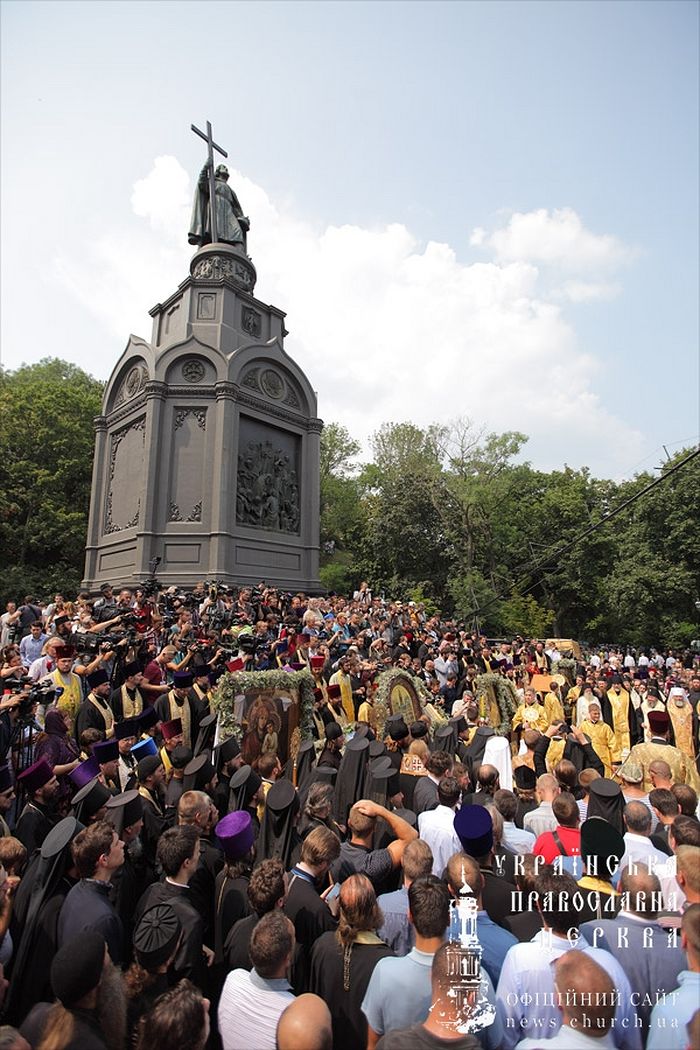 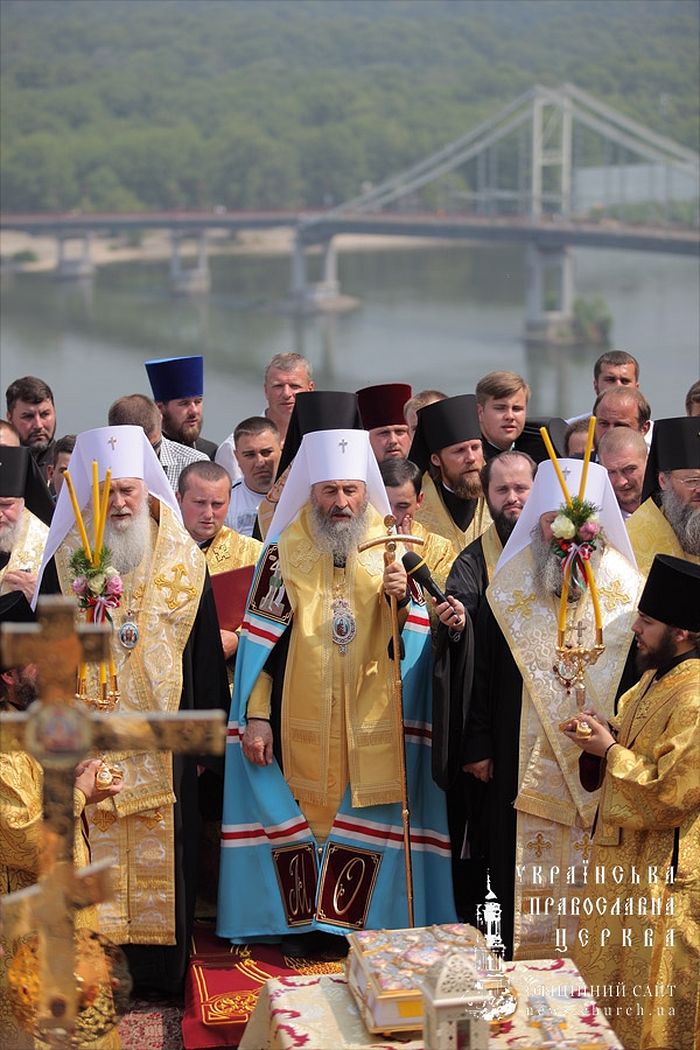 Thousands of believers join the all-Ukrainian cross procession at Pochaev Lavra
Clergy, monks and thousands of pilgrims are walking with a prayer for peace in the Ukrainian land in their hearts. On their way they are reading Akathists to our Lord Jesus Christ, the Most Holy Mother of God and saints.
Comments