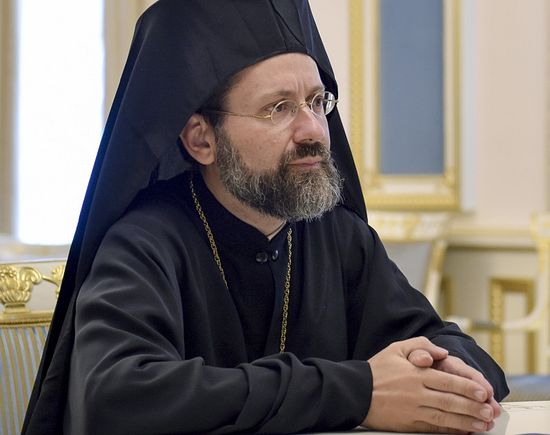 The Ukraine's Union of Orthodox Journalists reports on Friday with reference to their sources that on the eve during celebrations of the anniversary of the Baptism of Russia on the Vladimirskaya Gorka, Denisenko twice suggested the archbishop to march with representatives of the 'Kiev Patriarchate' along the streets, but he met polite refusal.

On the same day, Archbishop Job co-celebrated the Liturgy with the primate of the canonical Orthodox Church of Ukraine Metropolitan Onufry in the Kiev Laura of the Caves.