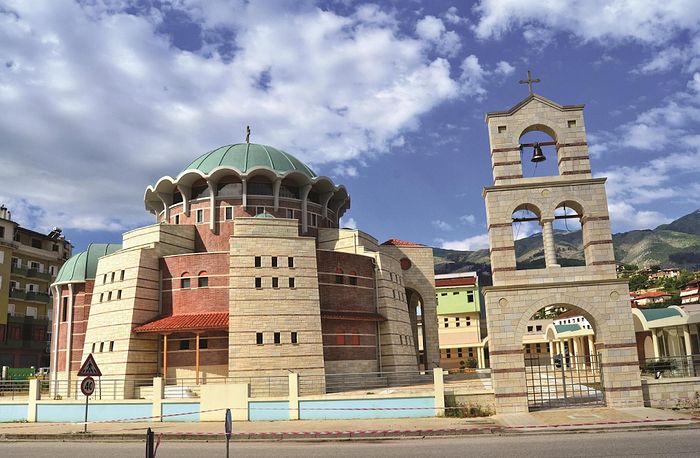 The beautiful service of consecration of the new Resurrection of Christ Cathedral in Gjirokastra took place on Sunday, August 7, 2016 according to the specific Church order (tipikon). The consecration service, as well as the Divine Liturgy that followed were celebrated by His Beatitude Anastasios, Archbishop of Tirana, Durres and All Albania, His Grace Dimitrios, Bishop and Metropolitan of the Metropolis of Gjirokastra, and His Grace Nathaniel, Metropolitan of Amantias.

From early morning, hundreds of Orthodox believers from the city and the surroundings, together with their parish priests, joined in prayer at such a unique moment for the local Church and the city of Gjirokastra. In particular youth and children gave this day a festive tone that will long remain in the memory of the Orthodox flock. 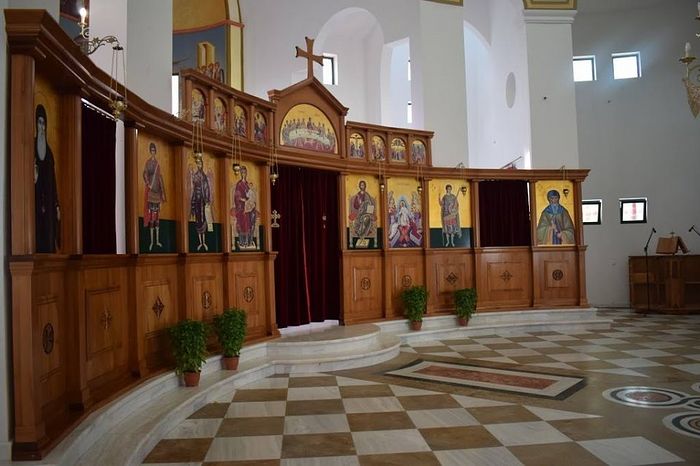 The joyous event of the consecration of the Cathedral was attended also by the Mayor of Gjirokastra Ms. Zamira Rami, the Mayors of Libohovë, Dropull, Himare, Finiq, MPs, and representatives of the diplomatic corps and academics.

In his greeting speech, Archbishop Anastasios referred in particular to his first visit to the city of Gjirokastra while on his tour as Patriarchal Exarch; a visit that was made precisely twenty-five years ago on August 10, 1991. He described the atmosphere back then which reminded him more of Hades, as he put it, in order to make more visible the contrast with today's revived Church which has grown to unique levels in order to offer the Orthodox testimony in these areas. Once again Archbishop Anastasios emphasized that our Autocephalous Orthodox Church in addition to the process of its rebuilding and restructuring undertook also original and daring initiatives to contribute to the society and country in general. Such initiatives were taken in the spheres of education, culture, ecology, agricultural development, cultural heritage, etc. With its initiatives the Orthodox Church has always remained faithful to tradition and to its mission consequently radiating and delivering its message of hope, love and faith. The Archbishop urged the faithful to continue keeping their hope alive because the Orthodox people hope not in vain, as he claimed, but they place their hopes on the Risen Christ. He also urged them on in their faith, which must be cultivated and not remain superficial. Finally, he urged the faithful towards more love, which must be expressed everywhere, in family, society and worldwide.

After the Divine Liturgy, the pupils of the Spirit of Love 9-year-school (located on modern premises next to the Cathedral) despite the fact that they were on a school break, organized a festive program which they presented to the Archbishop and the other clergy in order to express their gratitude for everything the Archbishop has done for the Orthodox flock and the future of it. The Archbishop greeted again the participants, addressing mainly the youth this time, and advised them to continue their spiritual efforts. He recalled at this point a significant event in his personal life journey which had occurred on the same day years ago, more precisely on August 7, 1958, when the Archbishop was ordained a deacon. 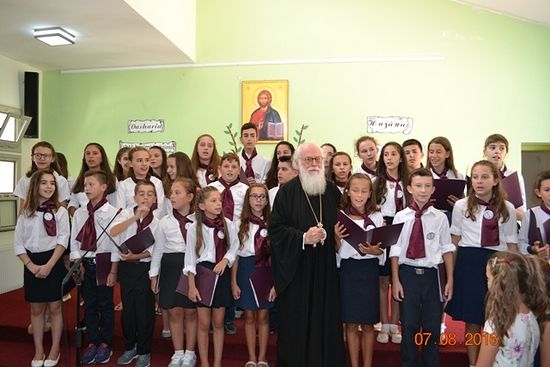 Special thanks for the beautiful gift of the Cathedral and the consecration of its Holy Altar Table were expressed also by His Grace Dimitrios, Metropolitan of Gjirokastra on behalf of all the faithful, clergy and Orthodox people of the city.

Resurrection of Christ Cathedral is built on ecclesiastical property which was purchased by the Archbishop while in his efforts to rebuild the Orthodox Church. Its construction was a necessity after all given the fact that the two other churches of the city, also reconstructed by the Archbishop, were located in areas which are almost isolated from urban regions. 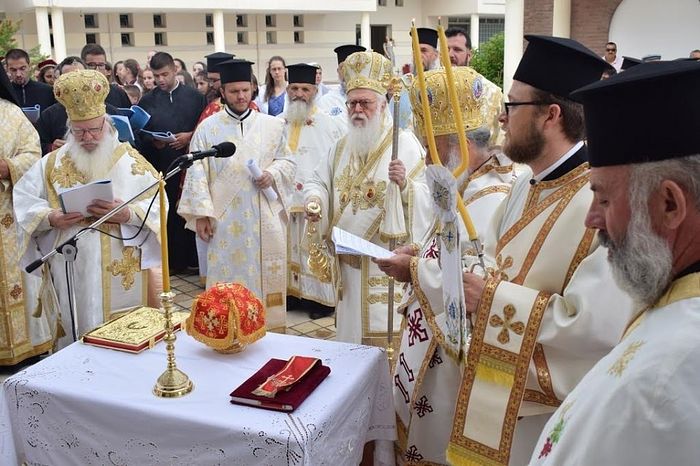 The land was purchased in 2004 and the work for drafting projects began right after by the architecture professor Mr. Papas, not to mention all the procedure which had to be followed for issuing the necessary licenses for the use of the building land. The work started in 2009 and the most important phase of construction ended in 2011. Along with the church, also the modern school building was built which was put into use in 2012. In addition, the bell tower was built in compliance with the traditional architecture style of the area, as well as a porch facility for the faithful, an outside proskinitar, and an arranged church yard which makes up a wonderful park surrounding the church and the school.

From 2014 till today, overcoming various financial difficulties, the work has been carried out on the building and in the interior of the church. Tthe iconostasis was completed, the iconography was finished both in the dome and in the apse of the iero as well as in the other parts of the church, and bronze chandeliers were installed, altogether adding more charm to the Church. 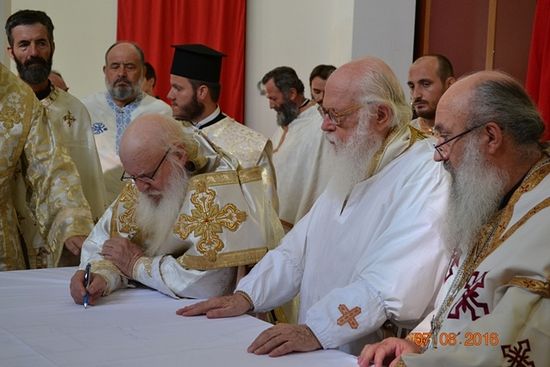 The project gave to the Orthodox Church one more church, which complies with the architecture of the monumental city of Gjirokastra. The church building area is 450 square meters, and the dome reaches the height of 18.5 m and the cross is 21 m high. Albanian Orthodox Church of St. Athanasius destroyed.
The parish which was recently vandalized twice has now been wholly destroyed. Albanian Orthodox bishop visits the Conception Convent in Moscow
On July 27, 2015, Bishop Nathaniel of Amantia, who came to Moscow as a member of the delegation of the Albanian Orthodox Church for the celebrations dedicated to the 1000th anniversary of repose of the Holy Prince Vladimir, visited the Moscow Stavropegic Convent in honor of the Conception of the Virgin Mary by St. Anne. Mystery Over Albanian Hamlet’s Mass of Churches
The fact that Cercke in southern Albania has only a handful of residents but no less than 13 churches is a source of wonder to locals.
Comments
×