In Colombia more than 70,000 held rally in defense of traditional family values 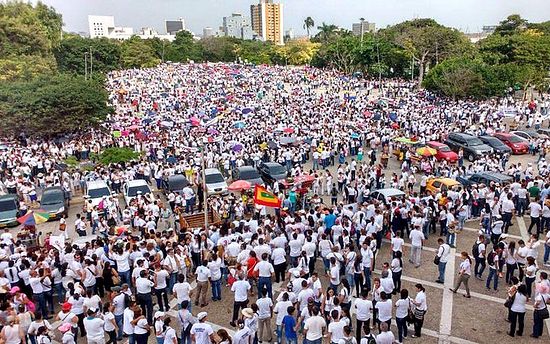 More than 70,000 people took part in a rally in support of traditional family values held in several cities of Colombia, reports the Colombian site Impactoevangelistico.net.

The rally, directed against the authorities’ gender ideology, was organized by Colombian churches and social organizations. Tens of thousands of people took to the streets of their cities dressed in white shirts. Many had blue and pink balloons in their hands to mark the difference between boys and girls.

According to the rally organizers, gender ideology inflicts serious harm on children. Children should understand their gender and learn to be men and women, according to their birth gender, and not reject the gender to which they belong.

“We will not deprive our children of the right to grow in wisdom and grace which God gave them,” declared the organizers.