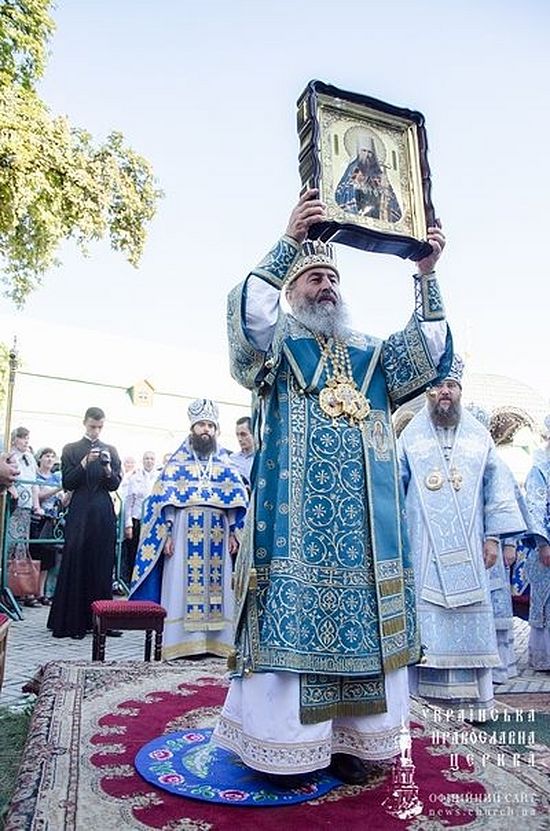 On August 28, 2016, the tenth Sunday after Pentecost and the feast of the Dormition of the Most Holy Mother of God, Metropolitan Ioanniky (Rudnev) of Kiev and Galicia (+1900) and Schema-Hieromonk Vassian the Blind (Balashevich; +1827) were canonized during the Divine Liturgy on Sobornaya Square at the Kiev Caves Lavra, reports the information and educational department of the Ukrainian Orthodox Church (UOC-MP).

At the service which was headed by His Beatitude Metropolitan Onufry of Kiev and All Ukraine the last litia for the repose of Metropolitan Ioanniky and Schema-Hieromonk Vassian was served. After that, the decisions of the UOC-MP’s Holy Synod of April 19 and July 20, 2016 (minutes no. twenty-one and no. twenty-nine respectively) on their canonizations were announced. The lives of these two newly-canonized saints were also read out. The Synod decreed that the feast day of Venerable Vassian the Blind (Balashevich) should be celebrated on April 25/May 8, on the day of his repose, and the feast day of Holy Hierarch Ioanniky (Rudnev), Metropolitan of Kiev and Galicia, should be celebrated on June 7/20, on the day of his repose. 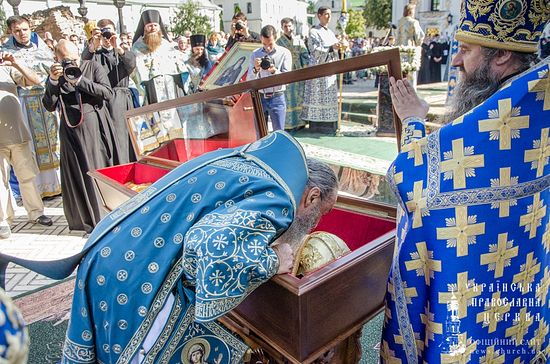 It was earlier reported that on July 28 this year Venerable John (Vyshinsky) the Athonite, a famous ascetic on Holy Mount Athos and a zealous champion of the Orthodox faith, had been canonized by the UOC-MP as well.